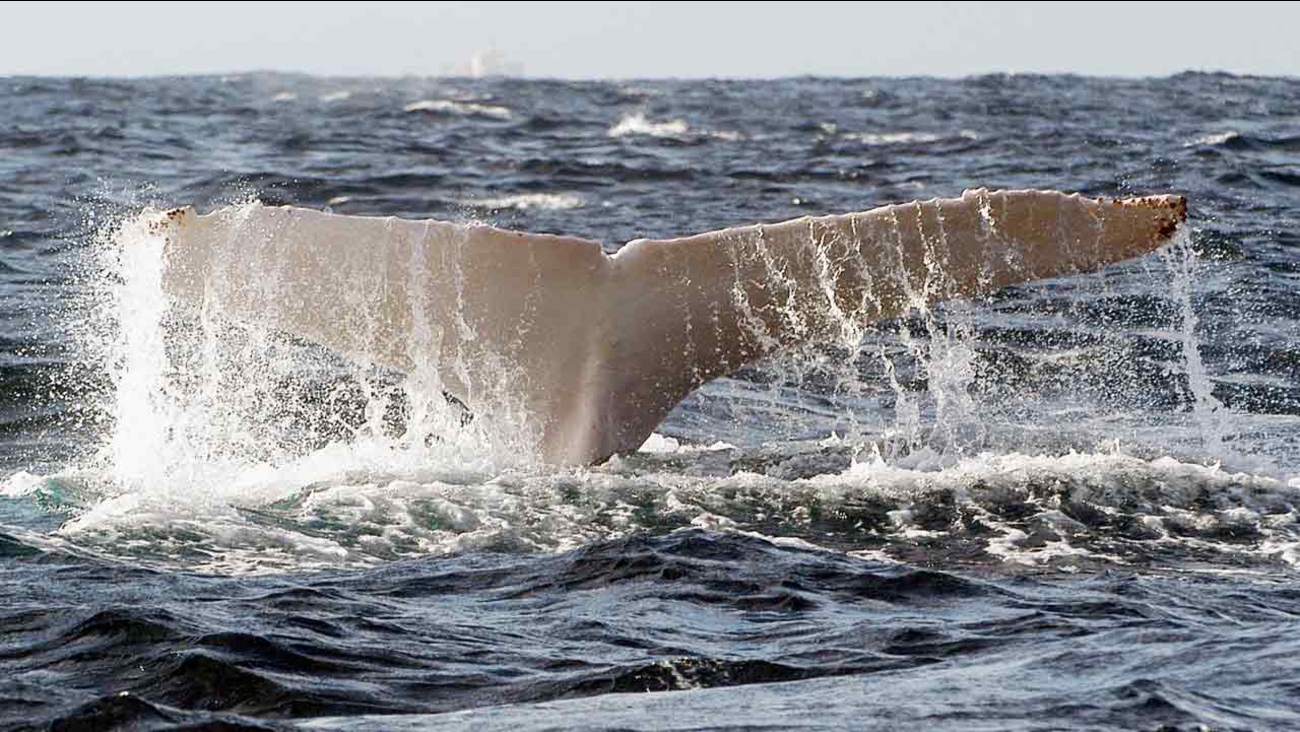 (FILE) The tail fluke of a white whale that has been affectionately named Migaloo.

The rare albino whale is seen during his annual migration voyages. Researchers said there are just a few albino humpbacks in the ocean- and this is the third time year in a row he's been spotted.

Migaloo was first noticed in 1991. He's probably in his 20s, according to researchers.