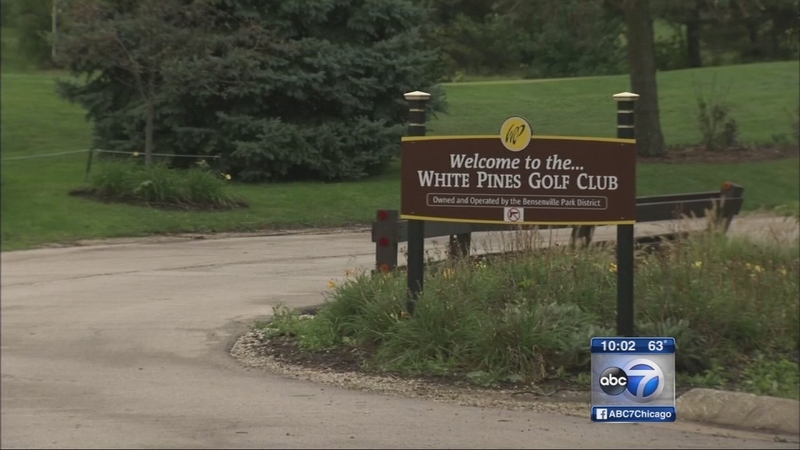 BENSENVILLE, Ill. (WLS) -- A woman found dead near the entrance of the White Pines Golf Course in northwest suburban Bensenville was the victim of a homicide, police said.

The 37-year-old woman's body was discovered by an employee just after 8 a.m. Thursday. Fire officials confirmed she had been beaten but her official cause of death is pending the results of the DuPage County Coroner's autopsy.

Neighbors in a nearby subdivision knew something was wrong when they saw deputies rather than golfers out on the course.

"It is very surprising that so close to home something like this could happen. It's pretty scary," said Katie Dipietra.

"The other day I just took my son there to play Pokemon Go. And it's just really scary hearing something like that happening so close to home," said Amanda Anaya.

Investigators believe the victim was dumped at the golf course overnight after she was killed at an apartment in the 11500-block of Grand Avenue near Melrose Park, just three miles away from the golf course. Cook County Sheriff's deputies are still on scene at the apartment building Thursday night.

"We seen the police cars and then our neighbors said they heard a fight inside the house," said Mario Vega.

Vega, the victim's neighbor, said the woman moved into the building about six months ago with her husband. He said he just saw them last night.