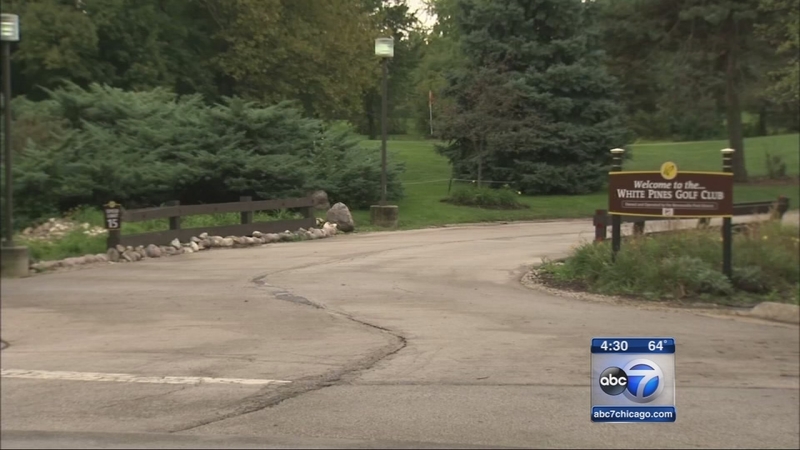 2 arrested in death of woman found on golf course

BENSENVILLE, Ill. (WLS) -- Two people are in custody in the death of a 37-year-old woman found on a golf course in west suburban Bensenville, police said.

Cook County Sheriff's Department would not say what the relationship between the two suspects and the victim other than that one of the people in custody lived with the woman. Charges are pending.

Preliminary autopsy results showed the woman died from a stab wound to the back, the DuPage County Coroner said.

The coroner said there was no indication the victim had been beaten, as fire officials had said Thursday, nor any indication she had been severely beaten about the head as other sources had reported. The victim's family has not yet been notified and so her identity has not yet been made public.

A groundskeeper at the White Pines Golf Club discovered her body around 8 a.m. Thursday, dumped at the entrance to the golf course.

Police believe she was killed about three miles away, at an apartment building in the 11500-block of West Grand Avenue near west suburban Melrose Park.

A next-door neighbor, who asked to remain anonymous, said the victim lived with her husband and that he constantly heard yelling coming from their apartment.