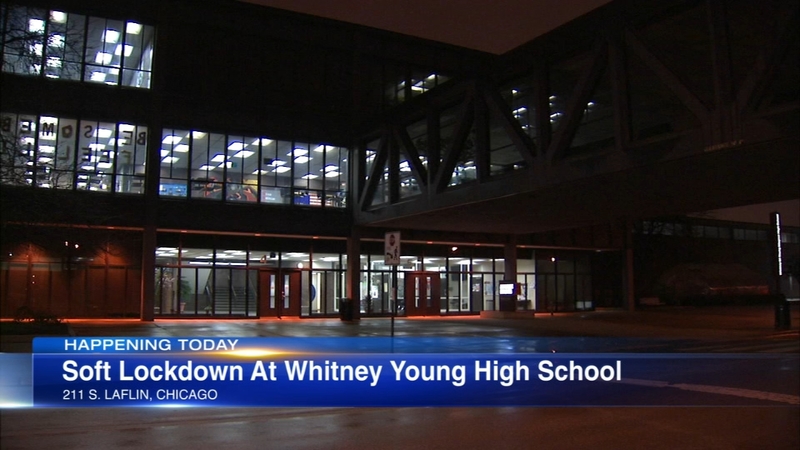 Report: Whitney Young to be on soft lockdown Wednesday after 2nd threat

CHICAGO (WLS) -- A soft lockdown is in effect at Whitney Young High School Wednesday after a second threat was found inside the school.

Many students were too afraid to come to school Wednesday after two threats were scrawled in bathrooms. The school went on a soft lockdown as police kept a close watch, with uniformed officers walking the perimeter and patrol cars visible outside.

"I believe in the security here," said student Dino Vazquez. "I believe they'll protect us. So I'm not too worried."

Last Friday a threat was carved into a bathroom stall. It read "You will all pay 12/5" which is Wednesday. Then just Tuesday morning, another similar threat discovered inside a bathroom.

"I don't think it would be taken as a joke because I know a lot of kids at the school are taking it as a joke," said student Emily Kurylak.

The CPS magnet high school on the Near West Side was already on high alert with extra police inside the building. Wednesday, it went on a soft lockdown which meant students won't be able to leave until the end of the school day.

"We did not identify who made the threats per se, but we did identify some students who we perhaps felt that could have written this," said Dr. Joyce Kenner, principal of Whitney Young High School.

Parents gathered before the bell to walk the perimeter of the school with the principal to stand together and send a message.

"Hatred and fear does not win. Support of our school community at Whitney Young will stand and that is why I believe we're all out here today," said parent Heidi Bailey.