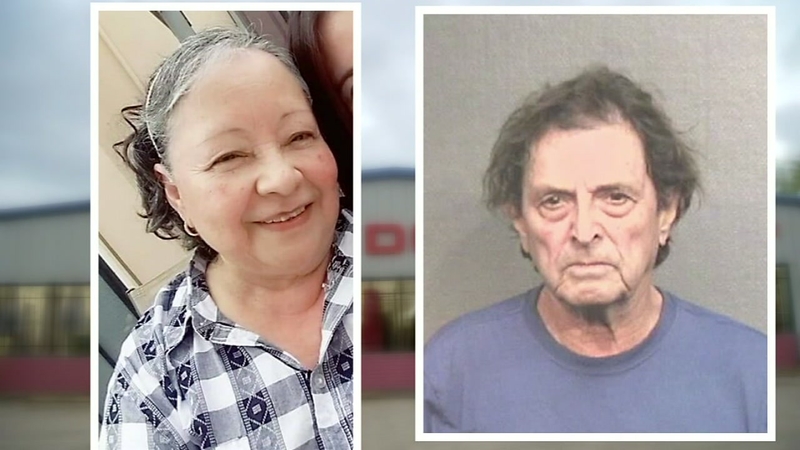 HOUSTON, Texas -- A northeast Houston man told police he murdered his wife because he did not want her to go to jail if she could not pay for her new car.

Francisco Olazaran, 67, is charged with the murder of his wife, Maria Olazaran, 63. The medical examiner ruled she died from manual strangulation.

According to Houston police, on the morning of July 4, when the city was getting hammered by rain, Francisco walked into Sand Dollar Thrift Store on Harrisburg in east Houston and said his wife, who was sitting in the car, had just been choked and robbed by three men.

An employee called for help. Police say Francisco repeated that same story to them and then changed it.

According to court documents, he said his wife had just traded in an older car for a newer one. He didn't have a job. Maria, he said, didn't make much money working for Walmart, and he was worried she could not afford the car payments.

An investigator told Eyewitness News the couple had been married for many years. The victim, a mother and grandmother, was pronounced dead at the hospital. Francisco's charges were upgraded to murder on Saturday.

He is being held in jail on an $80,000 bond and, as a Mexican National who has lived in the United States for 15 years, must surrender his passport if he posts it.