FranklyHANK: The cast of 'Aladdin' 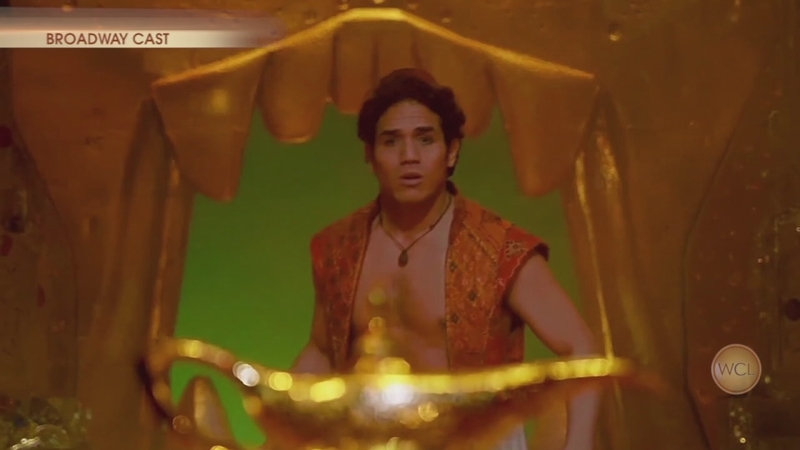 FranklyHANK: The cast of 'Aladdin'

CHICAGO -- FranklyHANK dropped by to talk about the cast of "Aladdin."

"Disney's Aladdin" kicks off its first national tour in Chicago on April 11, 2017 at the Cadillac Palace Theatre. The show is based on the hit animated film and launched on Broadway three years to huge success. Since then it's played in Tokyo, Hamburg, London and Sydney to more than four million people.

Now, for the first time, U.S. audiences outside of New York City will get to see the beautiful spectacle that is "Disney's Aladdin." The cast took a break from rehearsals to chat about the upcoming Chicago show. A few notables in the cast are Adam Jacobs plays Aladdin, a role he originated on Broadway and continued to play up until a few weeks ago when he arrived in Chicago for rehearsals.

Speaking of Chicago, actor Jonathan Weir who plays Jafar is in familiar territory. Chicago is home. He's played at Goodman Theatre, Chicago Shakespeare Theatre and Lyric Opera Chicago, among others.

To get tickets to see "Disney's Aladdin" at the Cadillac Palace Theatre from April 11 - July 2, 2017, just visit BroadwayInChicago.com.

Isabelle McCalla (Jasmine) is ecstatic to be going on this magic carpet ride! Most recently, she was in The Prom at the Alliance Theatre. Other regional credits: Asolo Repertory Theatre, Theatre Under the Stars, Actors' Playhouse, the St. Louis Muny, and the Pittsburgh Civic Light Opera. TV: "Bull" (CBS). BFA from the University of Michigan.