Winnie the Pooh characters come to life in 'Christopher Robin' 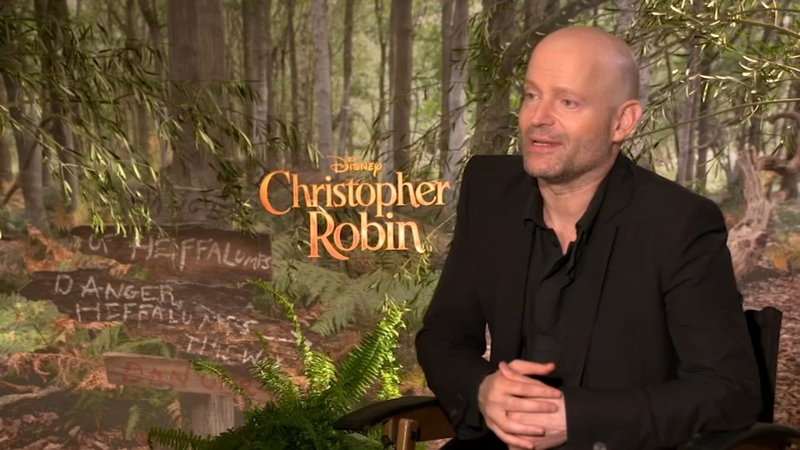 The adorable Winnie the Pooh stories have been loved by generations of children since they were first published in 1926. A new live-action movie, "Christopher Robin" opens Friday.

The new film explores what happens to Pooh and his Hundred Acre Wood companions when Christopher Robin grows up and leaves behind his childhood toys.

It's Christopher Robin who needs help in bringing back the joy of life in this live-action film based on the beloved Pooh characters.

The film's German-born director who is known for edgier films like "Monster's Ball" and "World War Z" gives Chicago a shout out for his inspiration.

"I did the movie 'Stranger Than Fiction' there. I love Chicago, I love the architecture... and when I made that movie it was funny and comedic and inspired me that I have to do more comedy and more joy and that brought me to Christopher Robin," said Marc Forster, director of "Christopher Robin."

"I wanted to make more of an old school movie in today's age because we are so ... everybody want to be hipper than the next one... so I thought go a little retro keep it simple," Forster said.

"Which Pooh character do you identify with?" Davies asked him.

"When I was a kid - Pooh had a special place in my heart... It is definitely Pooh. I think Eeyore and Piglet are a close second," answered Forster.

The adorable Winnie the Pooh stories have been loved by generations of children since they were first published in 1926.

Those toys have come to life once again in a new film. Janet Davies sat down with some of the "stuffed" stars.

Heffalumps and honey pots and the Hundred Acre Wood are all in Disney's new live-action film, "Christopher Robin."

The author of the Winnie the Pooh books found inspiration watching his own son, Christopher Robin, play with his toys.

Ewan McGregor plays the titular character. The young boy has grown up, but lost his way in life. Pooh Corner comes to the rescue.

"The cast is quite wonderful. Ewan let me have a bigger trailer and I thought that was ever so nice. Oh, his was bigger. Bother," Pooh said.

The beloved bear said he was allowed to do all his own stunts.

"Sometimes even on purpose," Pooh said.

Pooh also said Christopher Robin is much taller than he remembers.

"I've probably grown too. I wonder if he'll even recognize me?" Pooh said.

Janet also got to talk to Eeyore, who also made a comeback.

"It's not like I am that busy anyway," Eeyore said.
Tigger, on the other hand, was very excited about the project.

"It's like the role was written for me. I mean, stripes and all. Which is why I never read the script. Why mess with perfection?" Tigger said.

Last but not least, Piglet completes the cast of Christopher Robin's friends.