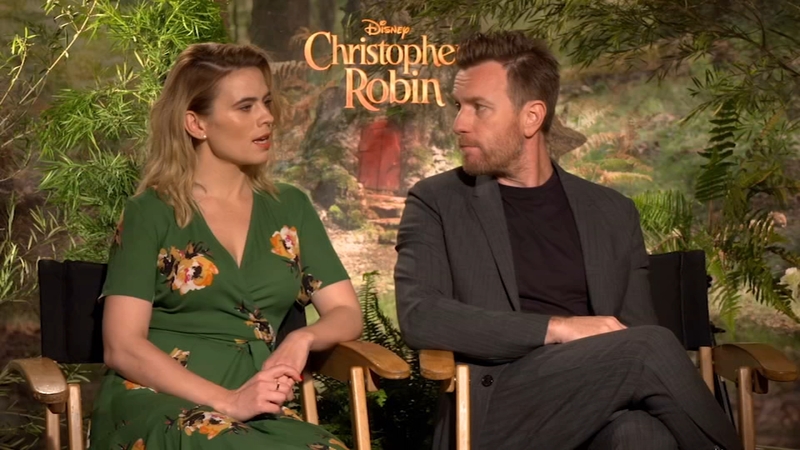 Disney's new movie "Christopher Robin" re-visits the young boy from "Winnie the Pooh" as an adult, when his old friends from the Hundred-Acre Wood show up to help him get his imagination back.

Ewan McGregor plays the grown-up Christopher Robin, who has a daughter with his wife, played by Hayley Atwell.

"I grew up being read these books, I know that by having read them to my daughters I am so familiar with them, the stories," McGregor said.

McGregor has had a widely varied career, but playing a father onscreen is relatively new for him.

"I've been a dad for 22 years, so it's true it took my work a long time to catch up with me," McGregor said. "But I do like it, it's obviously it's the biggest part of my life."

Acting alongside stuffed animals and a computer-generated creatures also left an impression on the actors.

"I feel like he is one of my great friends," McGregor said of Pooh.

Disney is the parent Company of ABC7.