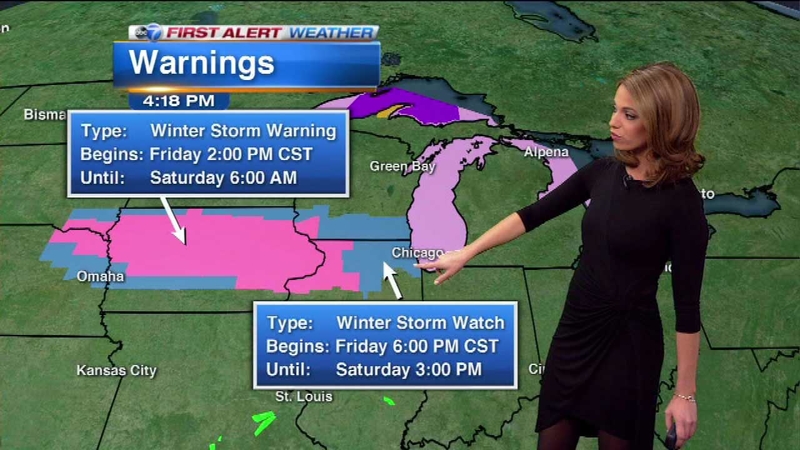 CHICAGO (WLS) -- A Winter Storm Watch has been issued across the Chicago area as the city braces for what could be the first measurable snowfall of the season this weekend. 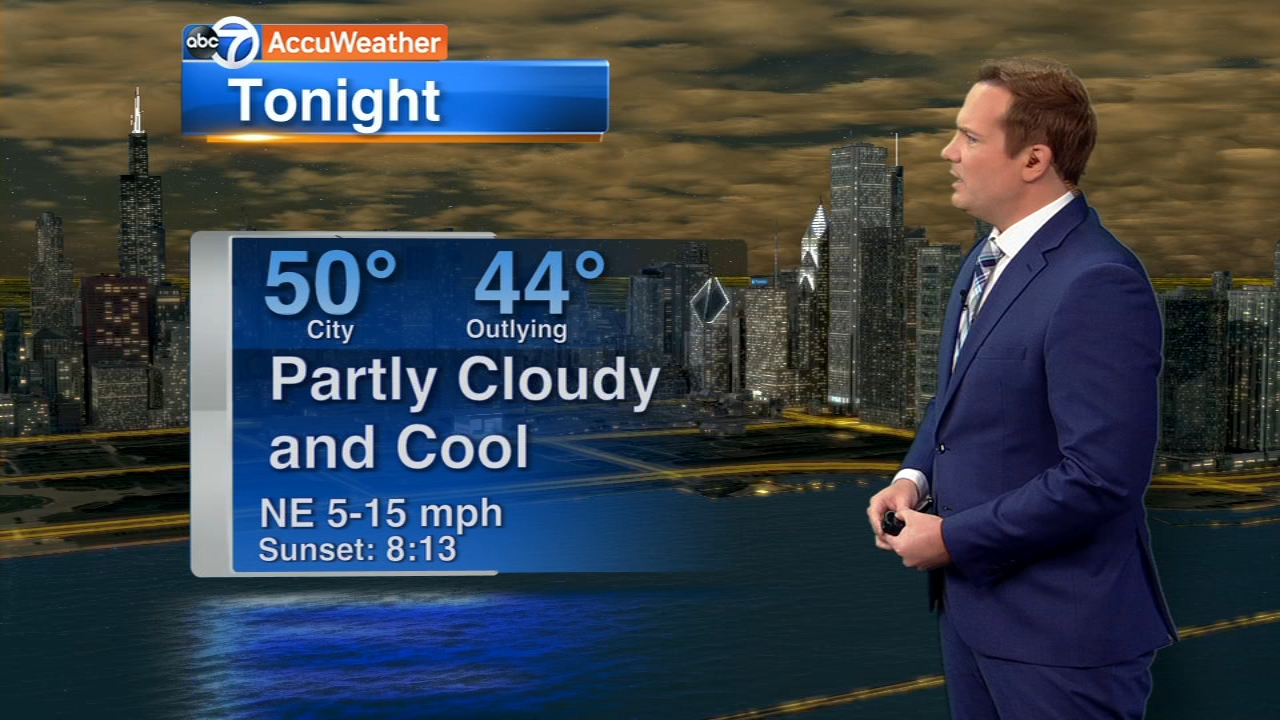 ABC7 Meteorologist Cheryl Scott said although Friday will start out dry, the front will move in shortly after the evening rush and wind down by late Saturday morning. Between 1-7 inches of snow could fall throughout the area. The storm is also expected to bring wind and cold temperatures.

The following weather advisories have been issued across the area:

MICHIGAN: A Wind Advisory is in effect until 10 p.m. Thursday for Berrien County.

The first snow coincides with the ongoing state budget impasse. Gov. Bruce Rauner proposed adding salt purchases into the budget in case the state runs out, but that bill is on hold.

As that debate continues in Springfield, the state's current salt stockpile is at capacity - at least so far for the start of the winter season.

"We're in very good shape right now with our salt supplies, we're fully stocked throughout the state and certainly here in District 1, which includes Cook and the collar counties," said Guy Tridgell, Illinois Department of Transportation.

Those familiar snow plows will be ready. On Friday IDOT says it will pre-treat bridges and overpasses.

During a news conference Thursday afternoon, Chicago Department of Streets and Sanitation Commissioner Charles Williams said the city has over 200 vehicles and 330,000 tons of salt ready, though he says the city is expecting less than average snowfall this season.

In regards to this weekend, Williams said the city will focus on clearing major arterial streets before residential streets.

"It should have no impact on commuting because it is a Saturday - we anticipate clearing the storm quickly, safely and efficiently," Williams said.

He also encouraged neighbors to help neighbors with snow removal, and for those with plans this weekend to allow extra time for travel.

Snow-related parking bans will not be in effect until Dec. 1.