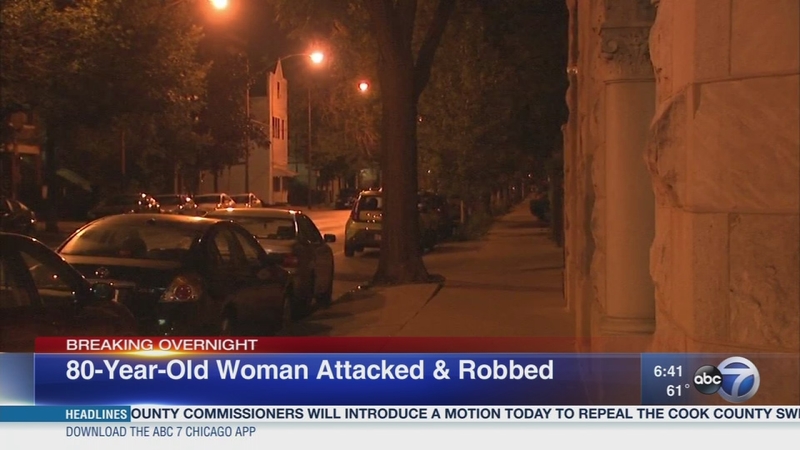 CHICAGO (WLS) -- An elderly woman was pushed to the ground on Chicago's North Side Tuesday evening by two teen robbers, one of whom could be as young as 12, police said.

The 80-year-old woman was walking down the street in the 1400-block of West Altgeld Street in the city's Lincoln Park neighborhood just before 5:20 p.m. when police said two teens boys walked up to her and knocked to the ground.

Unconfirmed reports from witnesses said the boys had some type of handle or baton in their hand, which was used to knock the woman over. Fortunately, the woman was not seriously injured and did not need to go to the hospital.

After yanking her purse off her arm, police said the two suspects fled south into an alley that runs along North Southport Avenue. Officer searched the area, but didn't find them, police said.

The purse had cash and personal items inside.