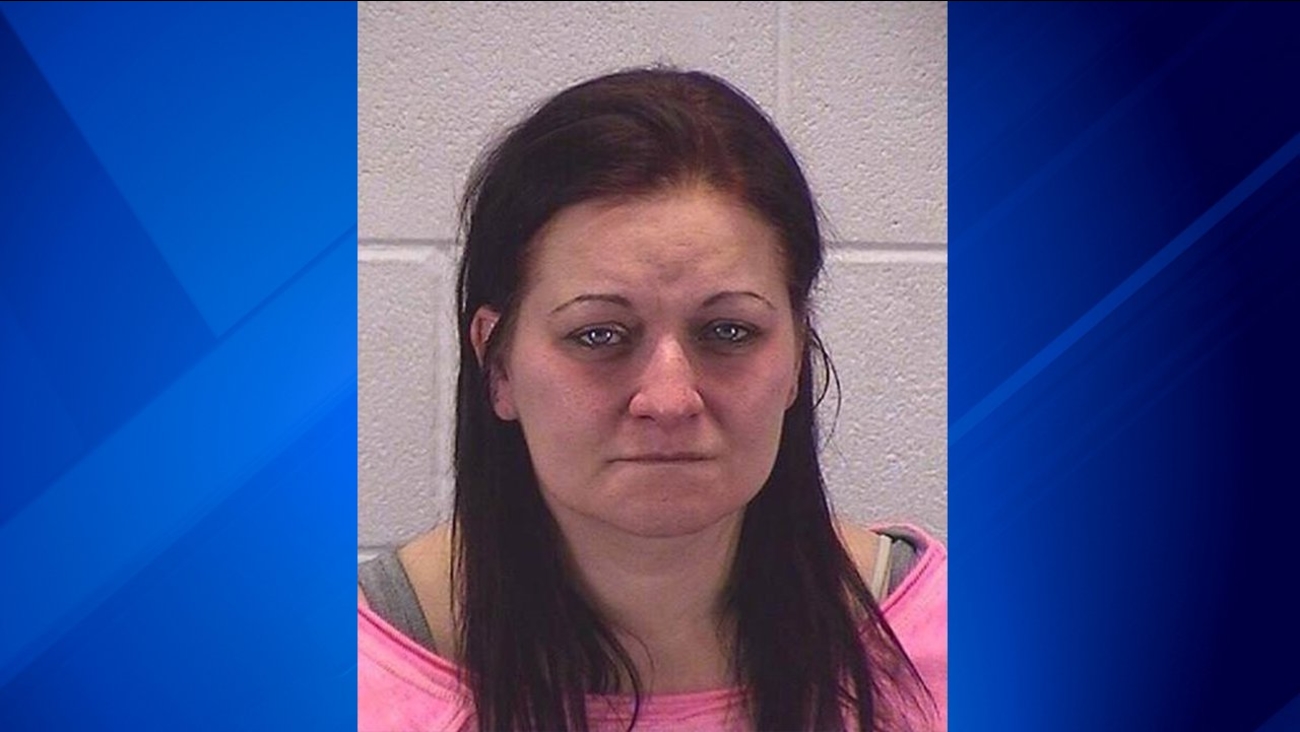 AURORA, Ill. (WLS) -- A Montgomery, Ill. woman has been arrested for DUI for the sixth time after a pair of crashes last week in Aurora.

Aurora police said Leah Behrens, 33, hit two vehicles stopped at a stoplight at Lake Street and Illinois Avenue at about 6:35 p.m. last Tuesday. Behrens then fled the crash, police said. No one was injured.

At about 6:40 p.m., police said Behrens was involved in another crash at Broadway and Hazel Street. She was driving south on Broadway and tried to turn left onto Hazel but went in front of a pickup truck driven by a Plano man with his three boys, ages 14, 12 and 4, inside. They were not injured.

The second crash occurred near a restaurant where some Aurora police officers were eating dinner and another patron alerted them to the crash. Police said they found Behrens outside her vehicle and showing signs of intoxication.

Behrens was treated and released at an Aurora hospital. She was later taken to another hospital for a court-ordered blood and urine draw and refused to cooperate, police said.