Woman, 71, attacked by dogs while waiting for bus in South Deering 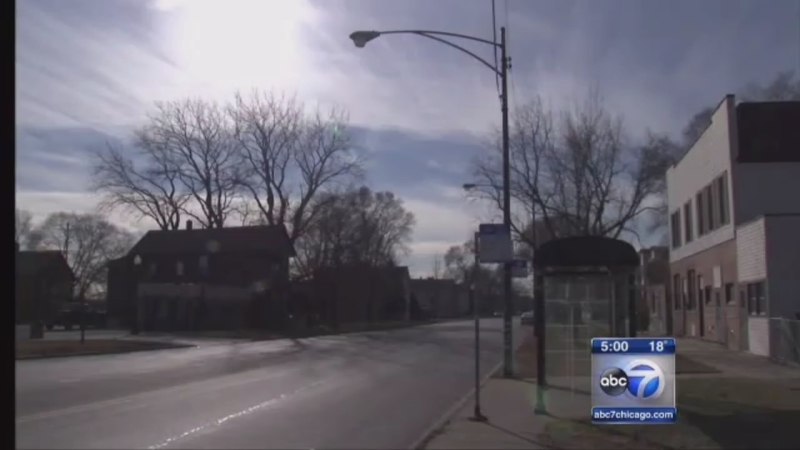 CHICAGO (WLS) -- An elderly woman is recovering after she was attacked by two large German shepherds Tuesday morning near 100th and Commercial in Chicago's South Deering neighborhood.

A 71-year-old woman was waiting at a bus stop around 7 a.m. when she was attacked by what police say were two German shepherds. Before the ambulance arrived, witnesses say a few people passing by tried to chase the dogs away, including a CTA bus driver.

"The bus driver was going in opposite direction, he stopped, he ran across there street and tried to swoosh the dogs away," said Art Valles, a witness.

Police eventually corralled the dogs into an empty yard next to the bus stop. The injured woman was helped across the street, where an ambulance was waiting.

"Her jacket was off and everything and she was like, stunned. It was amazing, it was horrible," Valles said.

Valles, a business owner, had seen the dogs in the neighborhood for about a week. On Monday night, Manuel Chacon stopped when he noticed the two dogs on the corner of 100th and Commercial. Chacon says the animals were calm until some teenagers began to taunt them.

"Suddenly, I see a bunch of kids coming out of the alley and attacking the dogs. It caught my attention, I said, 'Are those your dogs?', they said no, so I said 'Why are you bothering them?' and they left," Valles said.

Other neighbors heard the barking last night and saw police stop to check on the dogs. Residents say the officers left a short time later.

"There were three of them checking, and every time dogs moved toward them, they backed away," said Michael Lind, a resident.

"That's wrong the cops should have done something when they came here, they should have equipment in their vehicles at least to do something ," said Elizabeth Molkrycki, a resident.

The two dogs were captured, and taken to Animal Care and Control at 28th and Western, where officials are trying to determine if they are strays. The victim remains in the hospital.

The case is under investigation, so Animal Control officials would not comment on whether police or residents called them prior to this attack.