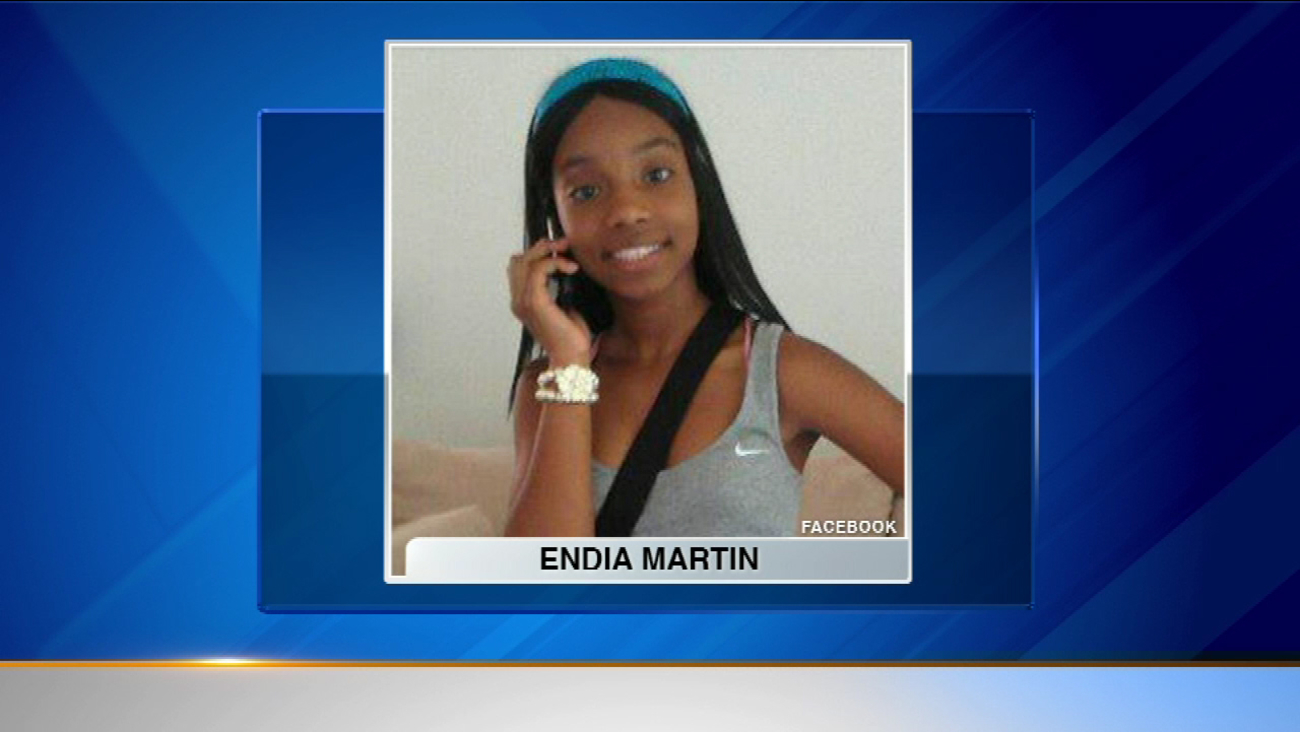 CHICAGO (WLS) -- A 34-year-old woman faces federal charges for allegedly giving a loaded .38 Special revolver to her 14-year-old niece, knowing that she had planned to use it for murder, federal officials said Thursday.

In April 2014, the teenage niece used the gun to kill 14-year-old Endia Martin, and wound another girl, while they walked home from school in the Back of the Yards neighborhood.

Vandetta Redwood, 34, is charged with one count of transferring a firearm to a juvenile while knowing that the juvenile intended to use it in a crime of violence, and one count of possession of a firearm within 1,000 feet of a school zone, officials said.

According to the indictment, Redwood gave the revolver to the minor on April 28, 2014, alleging that she knew they were planning to commit first-degree murder and other firearm-related offenses.

Redwood possessed the gun within 1,000 feet of two elementary schools on Chicago's West Side - Oliver Wendell Holmes Elementary School and Visitation Catholic School, according to the indictment.

The charge of transferring a gun to a minor for use in a crime of violence carries a maximum sentence of ten years in prison. Possessing a gun within 1,000 feet of a school is punishable by up to five years.

Last month, the shooter's uncle,Donnell Flora, 27, was convicted in the murder of 14-year-old Endia Martin after giving his niece the revolver that was used.

Redwood was arrested Thursday by Chicago police officers and pleaded not guilty during an arraignment hearing.