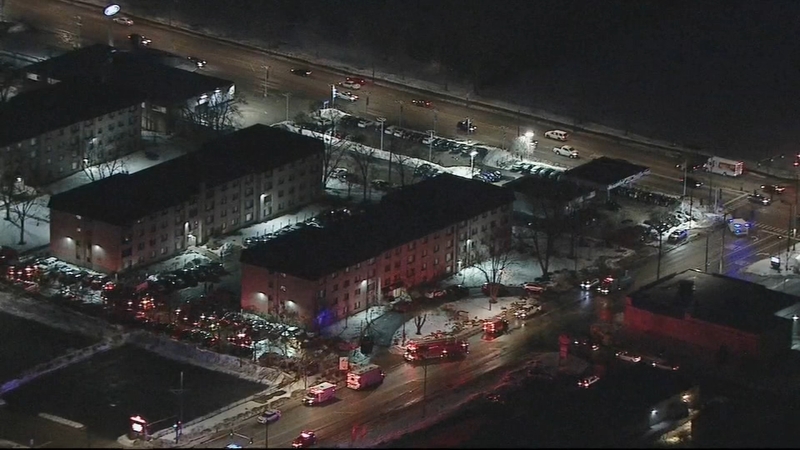 CHICAGO (WLS) -- A woman has died after a fire in an apartment complex in the Mount Greenwood neighborhood Wednesday morning, Chicago police said.

The 24-year-old victim was found unresponsive on the bedroom floor of an apartment in the 4000-block of West 115th Street at about 4:52 a.m., police said.

The woman was transported to Advocate Christ Hospital, where she was later pronounced dead. Authorities have not released the victim's identity.

The fire started in the kitchen where police said the victim was cooking and this caused heavy smoke inside the apartment.