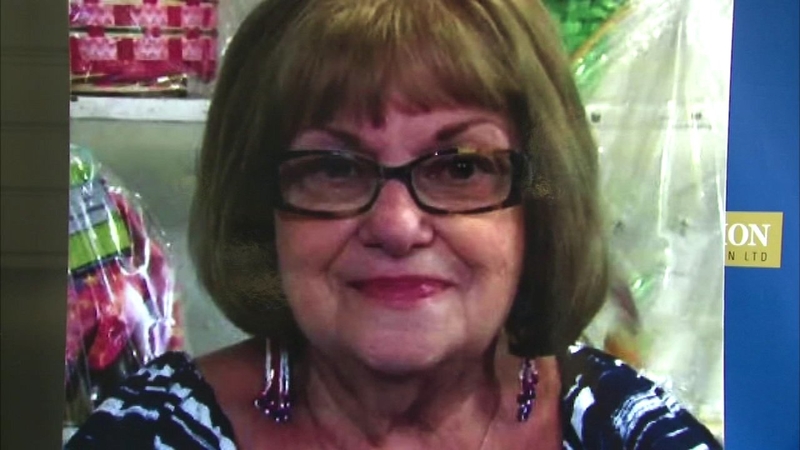 On Wednesday, the family of Patricia Austin said they have many questions. Their attorney filed a petition in Cook County Circuit Court asking for all surveillance tapes from when she arrived to when she was discovered on July 14 at Life Time Fitness. They are also seeking information about the club's procedures and protocols, as well as the name of the woman who discovered Austin and other information.

"We're filled with stress and frustration not having the answers that we desire," said son Terrence Austin. "We don't know how something like this can happen. Were there policies, procedures? Did they follow them? Why did this happen? How to prevent this from happening to someone else?"

About 7 p.m. July 14, a patron of Life Time Fitness at 601 Burr Ridge Parkway noticed after her workout that the same woman appeared to have been in the same washroom stall for about two hours and notified an employee, according to Burr Ridge Deputy Police Chief Marc Loftus.

The employee went into the washroom, got no response from the patron, and went underneath the stall and found Austin, Loftus said.

Employees began performing CPR on Austin, who was unresponsive, Loftus said. Paramedics arrived and pronounced her dead at the scene.

The last time Austin checked in to the health club was about 48 hours before she was found, about 7 p.m. July 12, Loftus said.

Austin, a resident of the Norwood Park neighborhood on Chicago's Northwest Side, was not reported missing.

Her death was ruled natural by the Cook County Medical Examiner's Office, Loftus said. No foul play is suspected.

"As far as police are concerned, our investigation is complete," Loftus said.

However, the family's attorney, Mark Novak, said a final autopsy report has not been issued and there are still questions, including whether Patricia Austin could have been saved if she was found earlier.

Novak also wants to know why no one noticed that the woman was in there. He said the health club closes between 1 a.m. and 4 a.m. and that is when the bathrooms should have been cleaned. He said Patricia Austin's car was parked in a handicap spot in front of Life Time.

"Two straight days with that woman remaining in that stall is inconceivable to me," said Novak. "When you lock up the front door and you see a member's car sitting right by the entrance, I would think that it would occur to me that hey, we missed somebody, let's go back in, somebody is still in the club."

Patricia Austin was a recent member of the club, visiting a few times a week to swim. Her family wonders if she was found earlier whether she could have received medical treatment that would have saved her life.

"My hope is that this never has to happen to anyone. There has to be some kind of accountability, some reason why it happened," son Terrence Austin said.

In a statement, Life Time Fitness spokesman Jason Thunstrom said: "We are terribly saddened by this tragedy and continue to have our heartfelt thoughts and prayers with the family. As a large facility with several thousand members visiting daily, it is not uncommon for bathroom stalls to be occupied as staff conducts their cleaning protocol. Out of respect for members, cleaning staff do not disturb individuals in occupied stalls. Moreover, cleaning staff rotates throughout the course of the day with responsibility for cleaning varying as shift changes occur. Finally, during the club's brief closure period each day, it is not uncommon for members to be completing their workouts and using bathroom facilities before departing, or for our staff members to be using the same bathroom facilities."