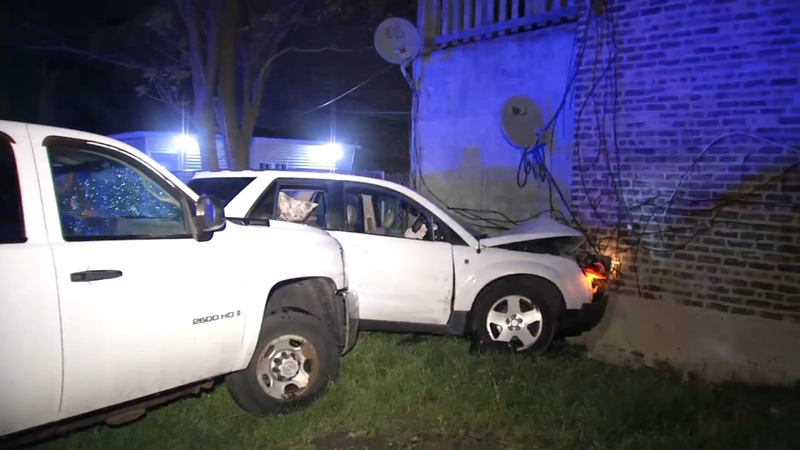 CHICAGO -- A woman was injured after a car carrying five children crashed into a building Monday in Lawndale on the West Side.

About 9:10 p.m., the 30-year-old woman was driving when she lost control in the 3500-block of West 12th Place, jumped the curb, and crashed into a residential building, Chicago police said.

The woman broke her collar bone and was taken to Stroger Hospital where she is in good condition, police said. Two boys, 9 and 4, and three girls, 7, 6, and 5-years-old, were also in the vehicle, but were uninjured.

The children were taken to Stroger Hospital as well as a precaution, police said.

The woman was not cited.