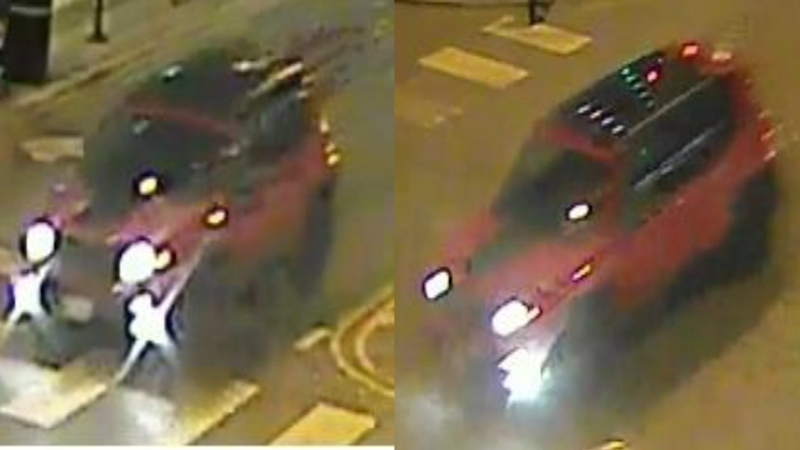 CHICAGO (WLS) -- Chicago police sent out a community alert Friday asking anyone with information to come forward after a red SUV hit a woman crossing the street in the city's Lakeview neighborhood and left her for dead.

The victim, identified to the Cook County Medical Examiner's Office as 56-year-old Dorata Gieslinska of Chicago, was struck and killed Thursday night by the person driving a red Jeep Renegade, police said.

She was crossing the street in the 3300-block of North Halsted Street around 9 p.m. when she was hit.

"I heard a thud. Several people ran out of the restaurant. They told me that she was hit by a red Jeep. She hit the windshield, apparently rolled off the hood and then the truck ran over her," said Keith Van, a witness who tried to revive the victim as several people called 911.

"I ran over to her did CPR on her. I did not have a pocket shield. I could not do mouth to mouth, but I continued compressions on her," Van said.

The driver did not stop. Police said the car fled south on Halsted.

"Not to stop. That's unbelievable to me. That really is. So hopefully they catch him," said Marilyn Gruber, who lives nearby.

"Accidents happen, but fleeing is not an accident. So that becomes a problem," DS Tequila Director of Operations Dusty Carpenter said.

The Major Accidents Unit is leading the investigation. Chicago police are still searching for the driver.

Investigators released surveillance images of the suspect's vehicle. Residents said they plan to share them online.