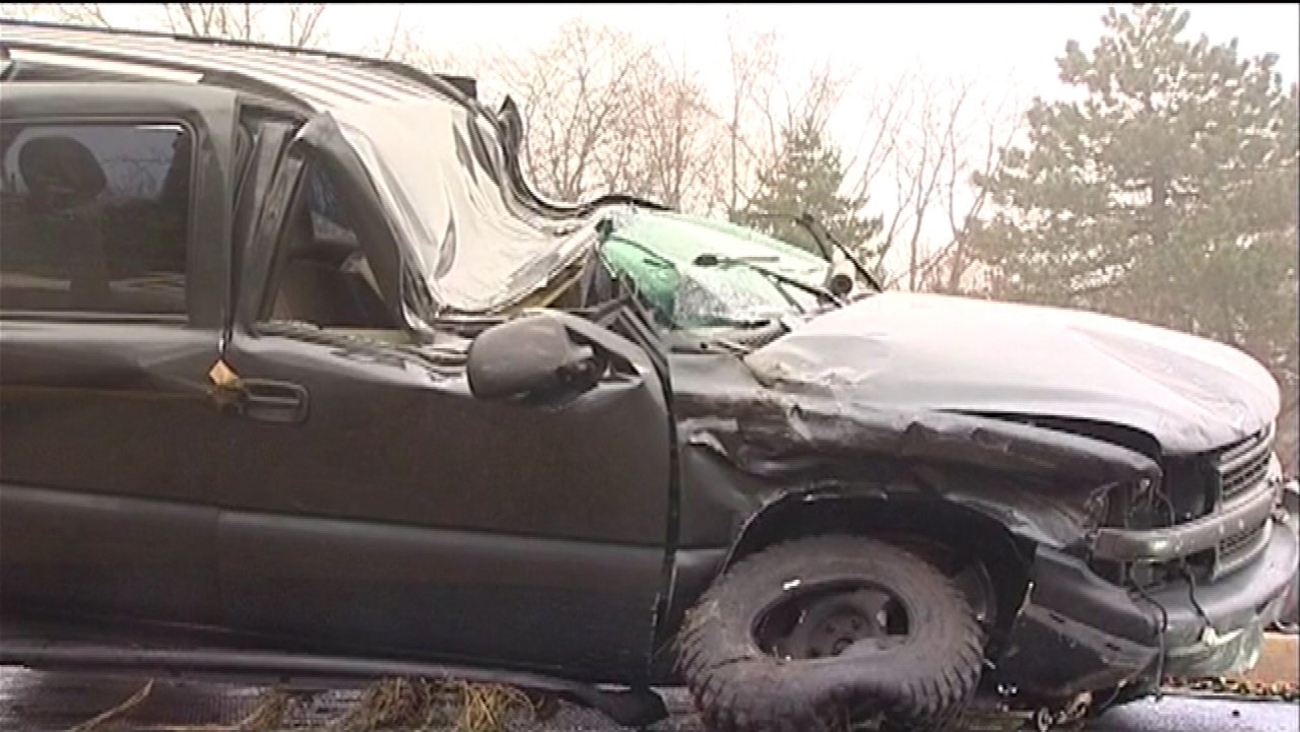 WAUKEGAN, Ill. (WLS) -- A woman driving a stolen SUV was killed Wednesday afternoon when she lost control of the vehicle and crashed while traveling on I-94 in north suburban Waukegan, according to Illinois State Police.

The black 2003 Black Chevrolet Tahoe was stolen from a gas station Wednesday morning at Route 120 and Green Bay Road in Waukegan, said Joe Florip, a spokesperson for the Waukegan Police Department. The keys were left inside the unattended vehicle.

The single-vehicle crashed occurred at about 12:15 p.m. in the southbound lanes of Interstate 94 near Willow Road.

The female driver was traveling at a high rate of speed, police said, when she lost control while attempting to change lanes. Her vehicle drove up on a grassy embankment, striking a fence and light pole.