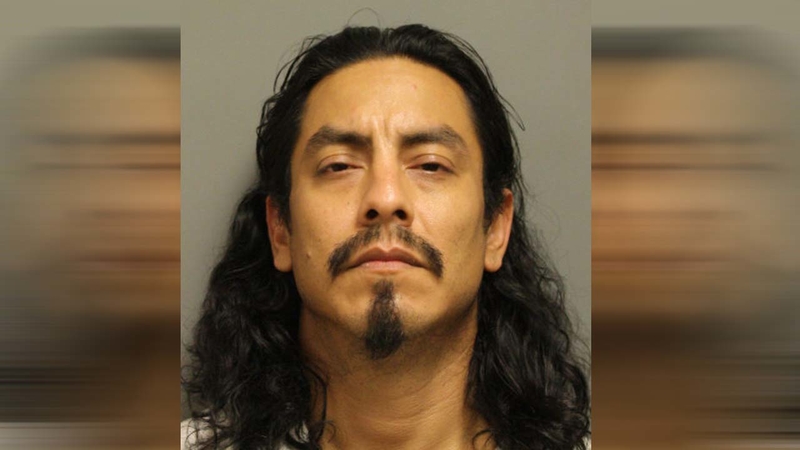 HOUSTON -- Authorities in Harris County say the man accused of setting a woman on fire is now in custody.

Jose Hernandez, 41, was arrested in the 6400 block of Katy Hockley Road. Authorities say he was transported to a hospital in Katy for burn treatment to his hands and will eventually be sent to inmate processing.

Hernandez's arrest comes after Jackie Cannings, 52, received first, second and third-degree burns yesterday. Investigators say Hernandez, Cannings' estranged boyfriend, set her on fire. She is being treated at Memorial Hermann Hospital and is in serious condition.

The burn victim is Jackie Cannings, 52.

Those who live on John Crump Lane near Katy say it was a Thanksgiving scene they will never forget.

Investigators say Cannings told eyewitnesses her estranged boyfriend threw rubbing alcohol on her and lit it.

"The boyfriend was there and said, 'I didn't do it, I didn't touch her, it wasn't me,'" Bulthuis says. "I said, 'I don't care get off her, get off her.' At that time she was in her car trying to get in and he was pulling on her and the shirt was still on fire in the driveway. There was nothing left of her back."

A friend of Cannings tells us Hernandez tried to choke her, has broken her ribs and even set her on fire before. On Wednesday night, Cannings was at the friend's house and the suspect texted her saying he knew she was there and that the Cannings lived in fear.

The fire marshal said last night that authorities believe Hernandez is responsible for the attack.

"I didn't see him run off but I had a face-to-face conversation with him and it wasn't a good conversation," eyewitness Vanessa Arista says.

"I was screaming at him to get away from her because I was worried about her, seeing if she needed help."

Fire Marshal Dean Hensley says, "The information we got was he ran through the house and possibly jumped a fence and is somewhere in the neighborhood on foot."

Deputies say they have been to the home before on family violence calls. This one had a very disturbing ending. Bulthuis adds, "Not in my neighborhood. Why, why would you do that to another human being? Why today?"