Woman shot while riding in vehicle in Pilsen 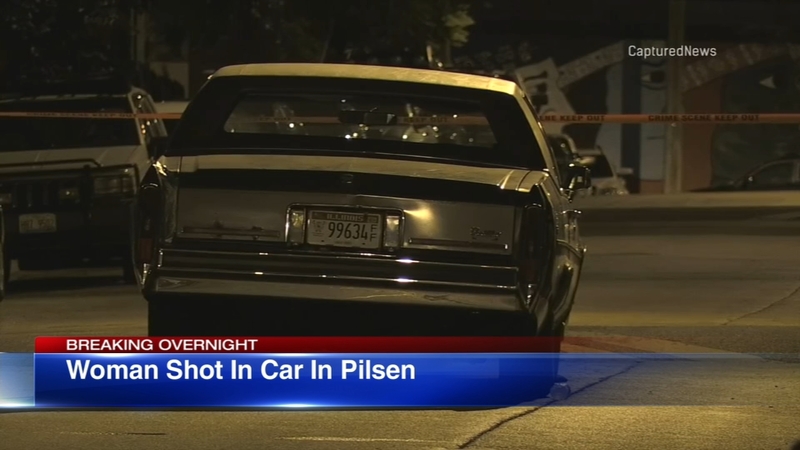 Woman shot while riding in vehicle in Pilsen

CHICAGO (WLS) -- A woman was shot while riding in a car late Monday night on Chicago's Southwest Side. Police said she does not appear to have been the intended target.

The 21-year-old woman was shot twice in the back in the 1300-block of West 18th Place in the city's Pilsen neighborhood around 11 p.m. Investigators said the gunman fired shots from inside a tan Buick.

A source at the scene said a Chicago police officer who was on duty nearby heard the shots and responded to the scene.

Several neighbors remarked that it was the first shooting on the block in recent memory, just steps from Pilsen resident Ahazi Dismukes' doorstep.

"It's a little concerning because it's never happened before. A little bit around the neighborhood but never in our immediate vicinity," he said. "It worries me a little bit because no one is safe, apparently is what I'm learning now."

The victim was transported in serious condition to Stroger Hospital. Her condition improved and was upgraded to "good" later Tuesday.

A local community activist who was out for dinner at the time also heard the shots. Rashad Salle of It Takes a Village said the gun violence is particularly troubling in his own backyard.

"That's a bad thing for Pilsen, because with all the economic growth that happens in the city - and especially in this neighborhood - violence like this still happens. That's something that I'm extremely concerned with because I've known and seen a lot of kids in this neighborhood who have the potential to do other things," Salle said.

In late June, Forbes Magazine recently named Pilsen one of the "coolest" neighborhoods in the world - a title which some residents said comes at a cost.

"This is not the kind of recognition we were looking for," Teresa Fraga, a Pilsen resident for more than 50 years, told ABC7's Stacey Baca at the time.

Fraga said her vision for the neighborhood was to unite families, improve empty lots and have trash picked up.

"It's good, it's great," Fraga said of the distinction. "But for someone who has raised a family here and have been through the struggles of bringing up this neighborhood, this is not the vision."
Report a correction or typo
Related topics:
chicagopilsenwoman shotchicago shooting
Copyright © 2021 WLS-TV. All Rights Reserved.
More Videos
From CNN Newsource affiliates
TOP STORIES