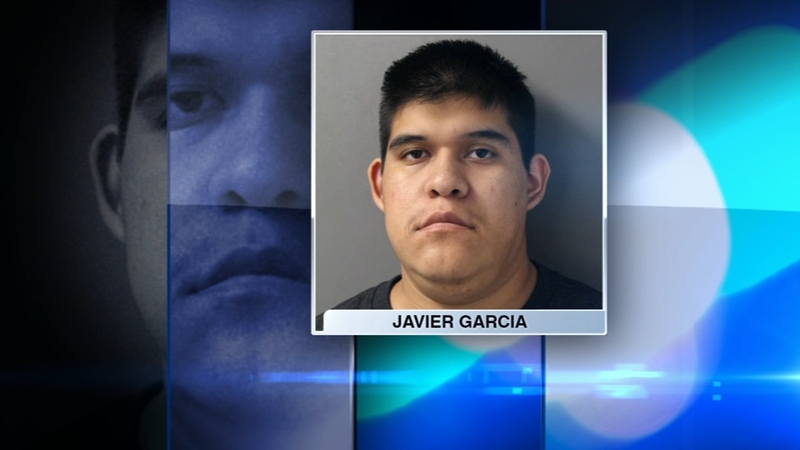 ROLLING MEADOWS, Ill. (WLS) -- Javier Garcia's defense attorneys had strong words following a status hearing Tuesday for the 22-year-old, who is facing a state terrorism charge for driving his SUV through Woodfield Mall in Schaumburg.

The hearing itself lasted only a couple minutes, but what defense attorneys had to say after was pointed.

Garcia is charged with one count of state terrorism, as well as criminal destruction of property after he drove his SUV through the Sears entrance of Woodfield Mall on September 20, then continued to drive through the shopping center for several minutes before being stopped.

At the time, Schaumburg police appeared to dismiss terrorism as a motive, and Garcia was sent to a mental health institution for a week before charges were filed.

"The state's attorney is ignoring the fact that our client has a mental illness," Doerr said. "I don't even think he's capable of forming intent. There's no other evidence that he has ties to any terrorist group or has any terrorist motives."

According to the statute, a terrorism charge is possible when an act committed against a building containing five or more businesses results in more than $100,000 in property damage. But there is still the matter of intent.

It's not exactly clear why the state brought the terrorism charge, but Garcia's attorneys pointed to the FBI's definition of domestic terrorism as acts "perpetrated by individuals and/or groups inspired by or associated with primarily U.S-based movements that espouse extremist ideologies of a political, religious, social, racial or environmental nature."

"It just seems overreaching," said Amil Alkassi, Lavelle Law. "If they want to make an example of somebody this is not a case to do it."

Garcia is due back in court on October 18. He is expected to enter a not guilty plea.