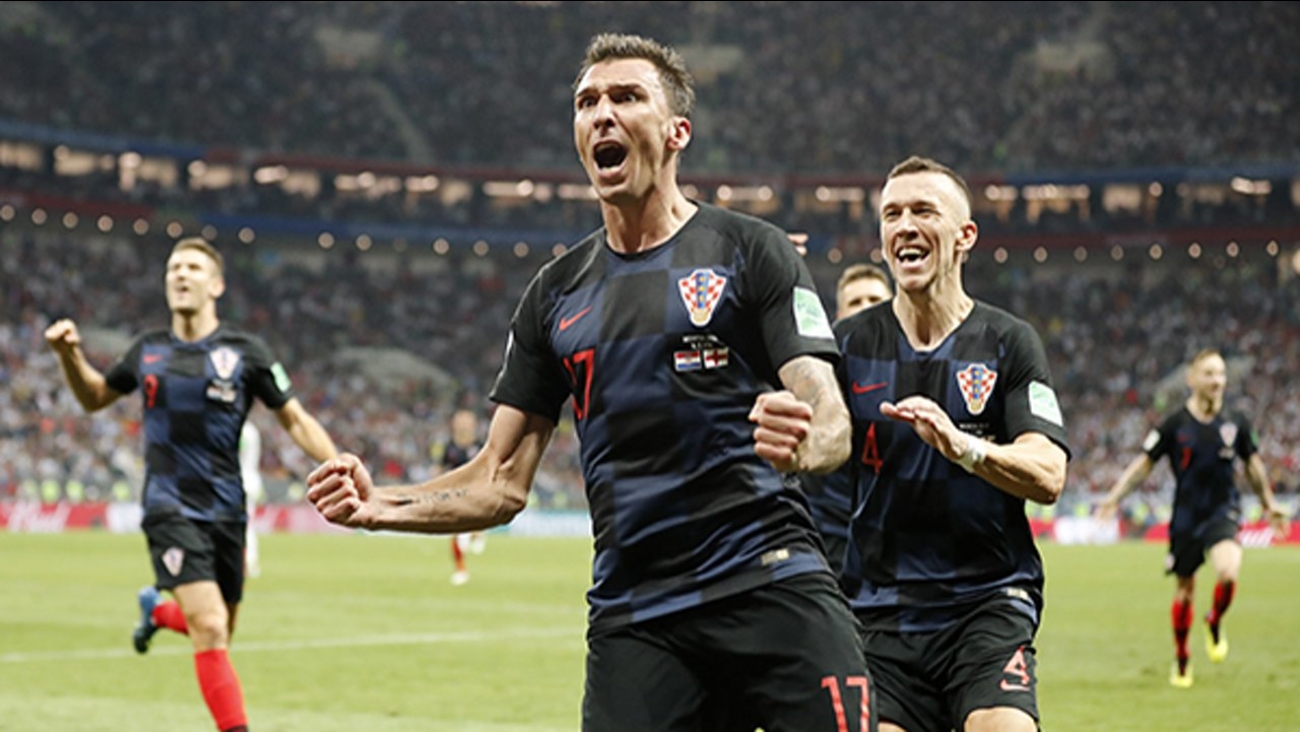 Croatia's Mario Mandzukic celebrates after scoring his side's second goal during the semifinal match between Croatia and England at the 2018 soccer World Cup. (AP Photo/Frank Augstein)

MOSCOW -- When the final whistle blew and they knew they were going to their first World Cup final, the Croatians ran to their exuberant fans, jumping in their iconic red-and-white checkered jerseys.

Croatia, the first team in 28 years to come from behind to win a World Cup semifinal match, will play France for the title on Sunday in its biggest sporting moment since becoming an independent nation in 1991.

France, which won its only title at home in 1998, will have an extra day of rest after beating Belgium 1-0 on Tuesday. Croatia will be coming off its third straight extra-time match.

Defender Sime Vrsaljko kept the score even by heading a shot off the goal line about 10 minutes before Mandzukic scored.

Kevin Trippier curled in a free kick for England in the fifth minute. Ivan Perisic tied the score in the 68th minute.