Nick Jones, a junior at Provident Catholic High School, has a lot of people doing double-takes.

NEW LENOX, Ill. (WLS) -- A high school baseball player in south suburban New Lenox is getting a lot of attention because he looks just like a Cubs player.

Nick Jones, a junior at Provident Catholic High School, has a lot of people doing double-takes. Many say the 16-year-old looks a lot like Chicago Cubs outfielder Kyle Schwarber, right down to his dimples and personality.

The student-athlete, who plays football and catcher on the school's championship baseball team, has even been nicknamed "Schwarbs."

Jones, a straight-A student, said he started to get a lot of attention after he dressed up as Schwarber on Halloween. He sported a No. 12 jersey and a fake beard.

"I said, hey, you know, I look like him. I'll dress up as him, it'll be funny. Then he started having a lot of success and people started to realize that I really do look a lot like him. It's been a real fun time," Jones said.

College scouts who are looking at Nick think he has more in common with Schwarber than just looks - including a power swing. Jones said his batting average is about .500.

The southwest suburban high school that also has ties to Schwarber and the Cubs.

"I played volleyball at Miami University with Kyle's Aunt Jenny, so through Facebook she and I have been communicating," said Rachel Ellingson, director of student enrollment at Providence Catholic.

The Cubs chaplain, Father Burke Masters, is a 1985 grad of the school and is in Providence's Baseball Hall of Fame.

"We've all been swept up in it and kind of caught up in the Cubs fever," said Tim Trendel, assistant baseball coach at Providence Catholic High School.

And although Jones hasn't met Schwarber, he says he'll be cheering them toward a dream that could come true.

"I've always loved the Cubs and it will amazing. I won't know what to do," Jones said. 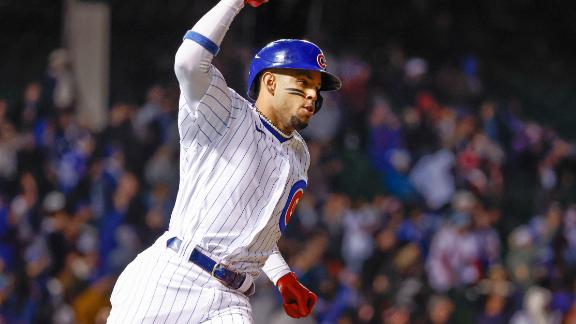 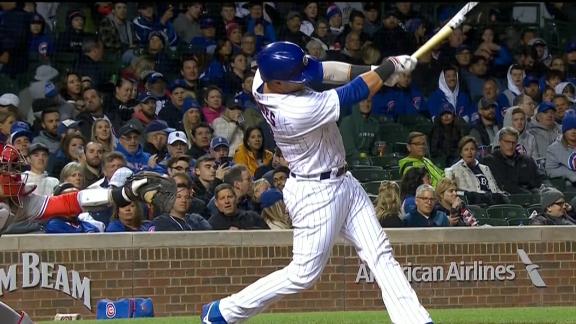