Meet a cat who definitely has more than nine lives.

Tiffany Two is a cat who turned 27 today, which is the equivalent of 125 in human years. This officially makes Tiffany Two the oldest cat in the world, according to the Guinness Book of World Records.

Tiffany Two was born on March 13, 1988 in San Diego. Sharon Voorhees, 73, the cat's longtime owner, pins her pet's longevity to her devotion and small size.

"Tiffy's just so devoted to me, she doesn't want to leave me, Voorhees told ABC News. "But I think it could also have to do with her size. She's only six pounds, and I know smaller dogs live longer than older dogs."

Voorhees also added that Tiffany Two is a cat with a lot of "sex appeal."

"She's had many boyfriends over the years," Voorhees said. "One young male cat used to always run and want to see her even when she was already 13 or 14. I also used to have a big 20-pound black-and-white cat who she'd cuddle and spoon with."

Voorhees used to own another cat named Tiffany One in the '70's, who passed away from cancer she said. But the cat that would be later named Tiffany Two caught Voorhees' eye at a pet store.

"I saw the little kitty who looked just like my old Tiffany, and though I went home, I just kept thinking about it," Voorhees told ABC News. "They were both short-haired and black-and-orange tortoiseshell colored."

Even though Tiffany Two is old in age, Voorhees says that she's still healthy.

"She's not feeble, she can go up and down the stairs and goes outside when she pleases," Voorhees said. 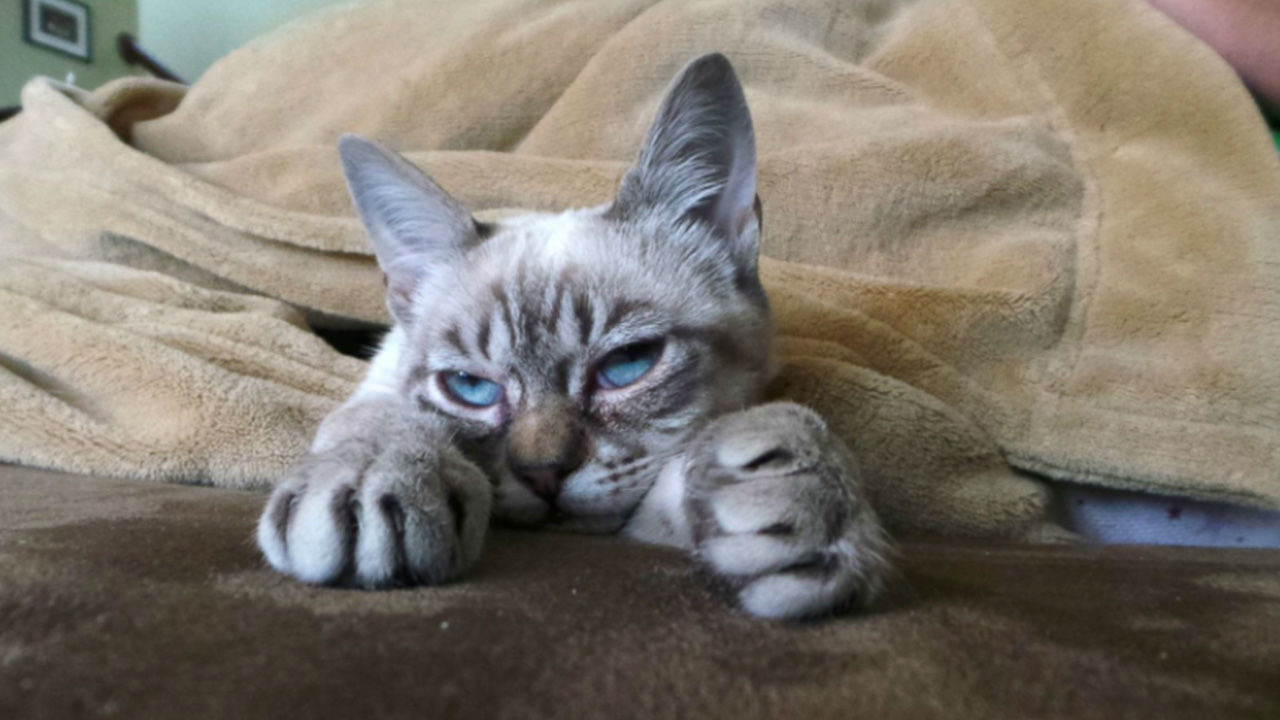