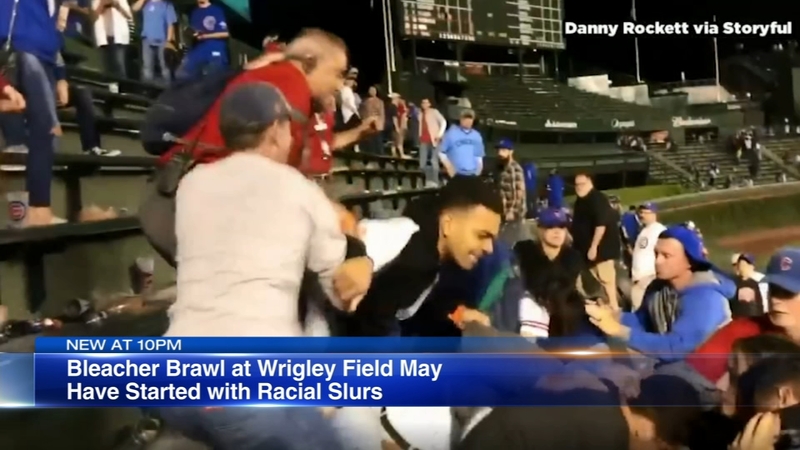 CHICAGO (WLS) -- A brawl in the Wrigley Field bleachers that was caught on camera by a fan has gone viral.

The fight broke out Monday night, which was Hispanic Heritage Night at the park. The person who shot the video said the fight started when someone was using racial slurs.

"Dudes were racist," Danny Rockett, the fan who recorded and tweeted out the video, said in a tweet Monday night. "Didn't see the first punch. But I saw the 3rd-56th."

A fan who stepped in to intervene can be seen and heard repeatedly shouting "There's no fighting in the bleachers!"

No one was arrested or seriously hurt, though a Cubs spokesperson said everyone involved was interviewed and banned from the park for a year.