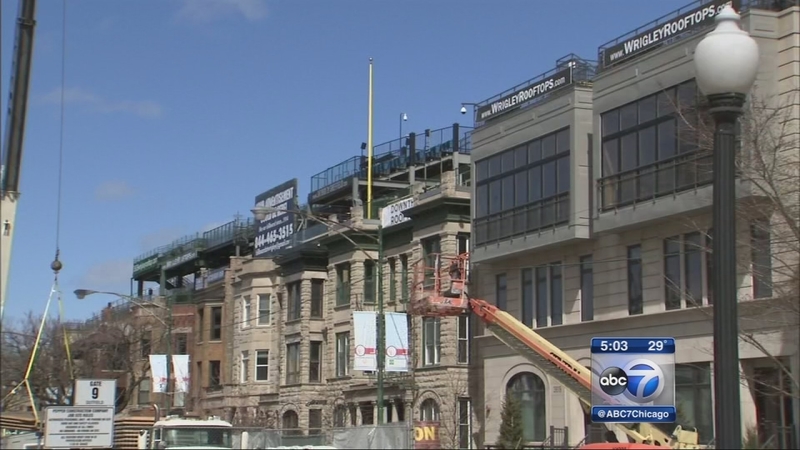 CHICAGO (WLS) -- A Wrigleyville rooftop owner faces federal fraud charges after allegedly withholding $600,000 from the Chicago Cubs, the City of Chicago, Cook County and the State of Illinois.

R. Marc Hamid, 46, is the owner and operator of Skybox on Sheffield, which is located behind the right field wall and bleachers seats at Wrigley Field. According to the federal indictment, Hamid submitted false annual royalty statements to the Chicago Cubs from 2008 to 2011 by underreporting event attendance and revenue by $1.5 million at Skybox.

Hamid faces four counts of mail fraud. The indictment is asking for at least $600,000 in alleged fraud proceeds owed under the rooftop's royalty agreement with the baseball team.

Skybox on Sheffield and other Wrigleyville rooftops that offer views of games from outside the stadium are locked in a dispute with the Cubs over Wrigley Field renovations, which include large signs. Those large signs would block views and be detrimental to business, rooftop owners say.

The indictment alleges Hamid knew more than 200 people, the max set by city code, attended rooftop events at Skybox on Sheffield, but failed to report the additional revenue, which he allegedly used for personal and business expenses.

He is also accused of using his ticket businesses, Just Great Tickets and Just Great Seats, to conceal Skybox on Sheffield revenues.

Each count of mail fraud carries a maximum 20 year prison sentence and substantial fine: $250,000 or an alternate fine of twice the loss or twice the gain, whichever is greater.