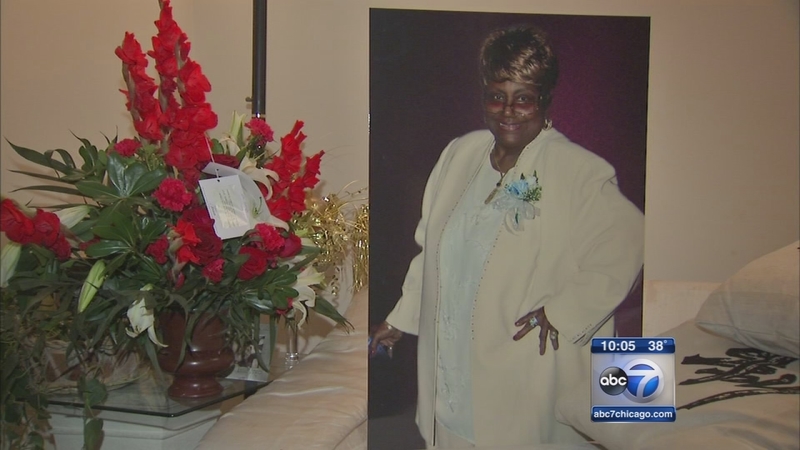 CHICAGO (WLS) -- A Chicago family preparing for their mother's visitation and funeral made a horrifying discovery that she had already been buried by another family and the woman in front of them was someone else.

To spare her family of making decisions after her death, Ella Rutledge pre-planned her arrangements, including choosing the funeral home. But family members and friends waiting to pay their respects on Friday night were turned away for the viewing because a Leak and Son's Funeral Home employee made a big mistake.

Rutledge had suffered from Alzheimer's disease before passing away on October 31. To give out-of-town relatives time to get to Chicago, Rutledge's daughter scheduled her mother's viewing for Friday at Leak and Son's Funeral Home. Minutes before guests were to arrive, Monique Williams noticed something wasn't right.

"I saw this person and said, 'This doesn't look anything like my mother,'" Williams said. "My brother said, 'Sure don't look like her.' My aunt says same thing."

After further examination, Williams said the body was definitely not Rutledge. So, with time ticking, the South Side funeral home put the dress, wig and earrings Williams chose for her mother to wear on a different body.

"I flipped and said, 'You better get someone in here, because this is not my mother,'" said Williams. "I said, 'First of all, do not put my mother's dress on another body until we positively identify it's her.'"

Williams said she was taken to the preparatory room where bodies are kept to find her mother with no luck. Finally, Leak and Sons showed her a picture of someone who matched Rutledge's physical characteristics.

"I said, 'Where is this person? You show me on the picture?' 'Oh, that person was buried today.'"

The body believed to be Ella Rutledge had already been buried by another family at Mt. Hope Cemetery. Leak and Son had it exhumed and is waiting for Williams to positively identify the body.

"We made a tragic mistake, one that I regret and that I take full responsibility for," he said.

Leak Sr. said as soon as the situation is resolved, he plans to reconcile with the family by giving Rutledge a proper burial and most likely reimbursing Monique Williams for other costs. Meantime, without a body, a memorial service was held for Rutledge Saturday.