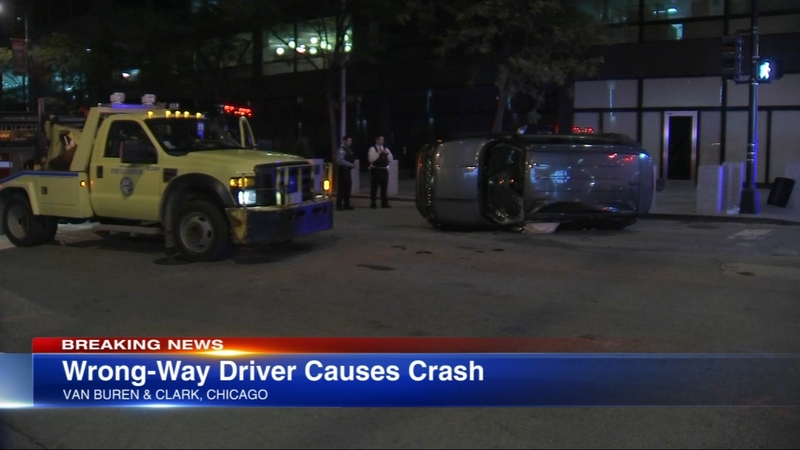 Chicago police said just before 7 p.m. a Jeep was driving north on South Clark Street, which is a one-way street running south, when they were struck by a Honda Accord driving west on West Van Buren Street.

The driver of the Jeep was issued a citation. Police said one-way street and alley signs were clearly posted.