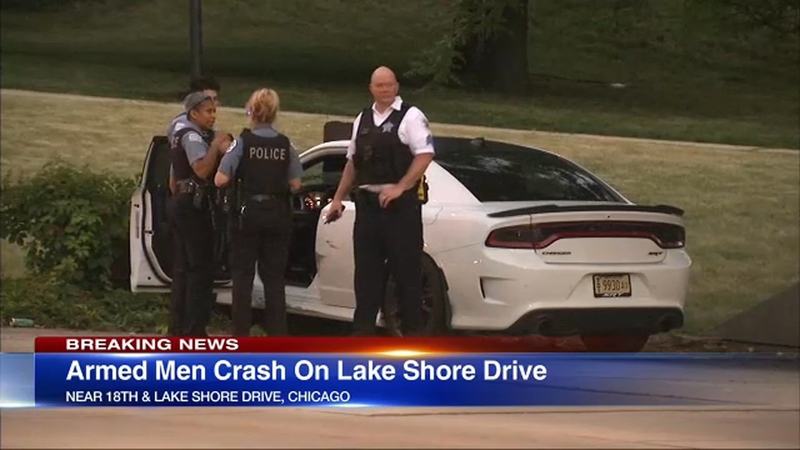 CHICAGO (WLS) -- Four men who were posing for pictures with guns crashed their car going the wrong way on Lake Shore Drive and then made a run for it, Chicago police said.

Police said there were four suspects in the wrong way vehicle, a white Dodge Charger. The car ended up in the far left lane of northbound Lake Shore Drive across from McCormick Place. It may have clipped a black SUV.

There was no word on any injuries as a result of that collision.

Police said the incident started when officers saw suspects taking photos while holding guns in the area of State Street and Wacker Drive.

Police said they did not make contact with those individuals, but put out a description of their vehicle which apparently drove south on Michigan Avenue before somehow ending up the wrong way on Lake Shore Drive.

The four suspects fled on foot and are currently at large.