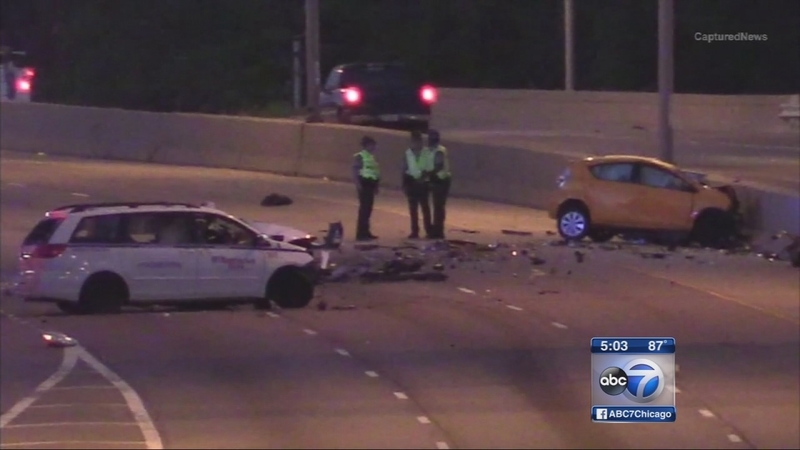 2 killed in wrong-way crash on Route 53


State police said Sipe was driving in the wrong direction on the northbound lanes of Route 53 just south of Euclid when he hit two vehicles. The driver of the first car got away relatively unscathed.

Sipe then struck a cab in a head-on collision, killing himself and Wierzbicki, a driver for American Taxi.

The owner of American Taxi said Wierzbicki was a kind, funny man. He was not on duty at the time of the crash.

Raymond Galindo was on Route 53 moments before the crash when he saw Sipe's headlights coming right at him.

Galindo called 911. So did Leon Ruther, who after seeing the wrong-way vehicle whiz past him, turned his car around to see if he could help in any way. He first came up to a man whose vehicle had been clipped just before the collision took place.

"His took the damage. His airbag went off, but he had the seat belt on. He was fine," Ruther said. "Thank God you're alive. If you go to church, go this Sunday."

Traffic on northbound Route 53 was forced off at Kirchoff and Algonquin roads as state police investigated and cleared the crash. All lanes reopened around 8:40 a.m.

State police continue to investigate the crash. They have not said whether alcohol was a factor in this crash.

Ruther said he is counting his blessings.