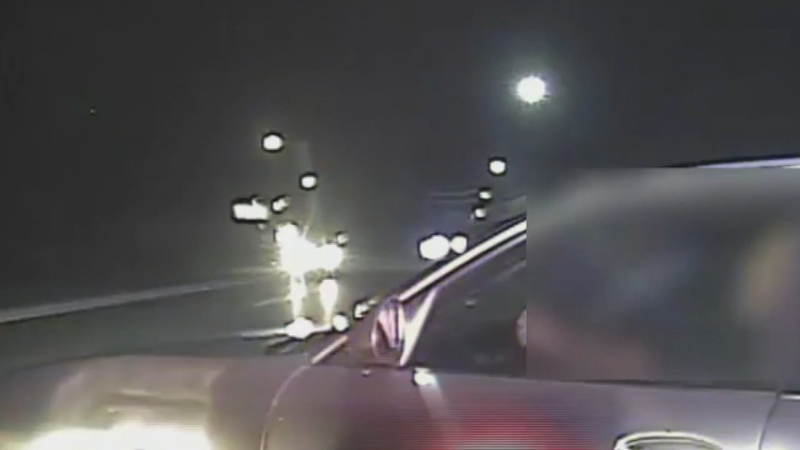 WYOMING, Mich. -- A police officer in Wyoming, Michigan just happened to be in the right place at the right time to stop a wrong-way driver.

The driver was going about 50 miles per hour, but when the officer tried to pull them over - that driver was asleep, WZZM reports.

"Even with his lights and sirens on, the driver wasn't recognizing that he was there," said a representative of the Wyoming Police Department.

The officer acted fast, bumping into the car just enough to nudge it off to the side of the road.

The driver admitted he had been awake for more than 40 hours.

"I think all of us have been in a position where we've been a little bit tired, we've been driving and then all of a sudden we realize, 'oh, wait a minute, I'm too tired to drive," the WPD representative said.

With the holidays approaching, many will be out on the roads driving long distances. If you're on the road and become too tired to drive, WPD officials recommend you pull over in a well-lit area and take a brief nap. Other tricks you may have heard about may not be reliable.

"A lot of people think coffee, caffeine, energy drinks that that's going to keep them awake, and that's not always adequate. Neither is turning the radio on or rolling a window down," the WPD representative said.