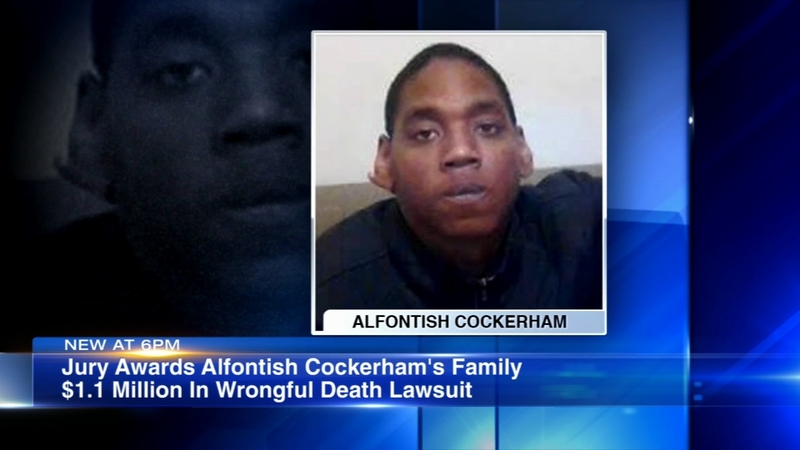 CHICAGO (WLS) -- The family of a man shot by a Chicago police officer was awarded a $1.18 million in a wrongful death lawsuit Thursday.

At the time of the shooting in June 2015, police described Alfontish Cockerham as a gang member who had previously battered another officer, but the circumstances of surrounding the shooting were enough for a jury award.

Cockerham's aunt, along with attorneys, spoke to reporters following the judgement.

Cockerham, 23, was shot twice by a Chicago police officer in the South Shore neighborhood and later died at a hospital. The officer said Cockerham pointed a gun at him, but surveillance video from a business showed him running from the officer and a gun falling to the sidewalk before Cockerham can be seen falling to the ground several feet away.

An autopsy report said he was shot at least once from behind.

"The videotape helped because it doesn't lie. A picture's worth a thousand words, but a videotape is worth a million," said Laquida Cockerham, aunt.

"Ms. Cockerham has said that when they sweep these cases under the rug... well, the jury has opened that rug, and they've swept it back out, and that's exactly what we wanted," said Nenye Uche, attorney.

A spokesperson from the city's Law Department said they are disappointed in the judgement and evaluating all options.