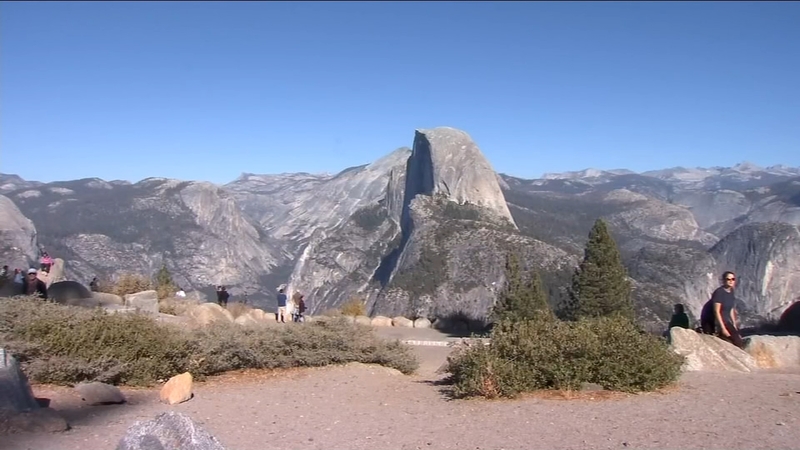 Both were citizens of India who had been living in the United States.

Officials say the two fell approximately 800 feet in an area with steep terrain. Their bodies were recovered the next afternoon by Park Rangers who had to use technical climbing and rappelling techniques to reach the location. A California Highway Patrol helicopter was also called in for assistance.

The couple has an Instagram account where they have been posting pictures of their travels across the United States. In one image, Moorthy can be seen sitting on the edge of the Grand Canyon and in the caption mentions the danger of standing so close to the side to capture the image.


It's not clear yet how the couple fell from Taft Point in Yosemite.

A male and female visitor died in an apparent fall from Taft Point in Yosemite National Park. Park rangers are recovering the bodies this morning. This incident is under investigation and no further details are available. https://t.co/wTm1IadB79