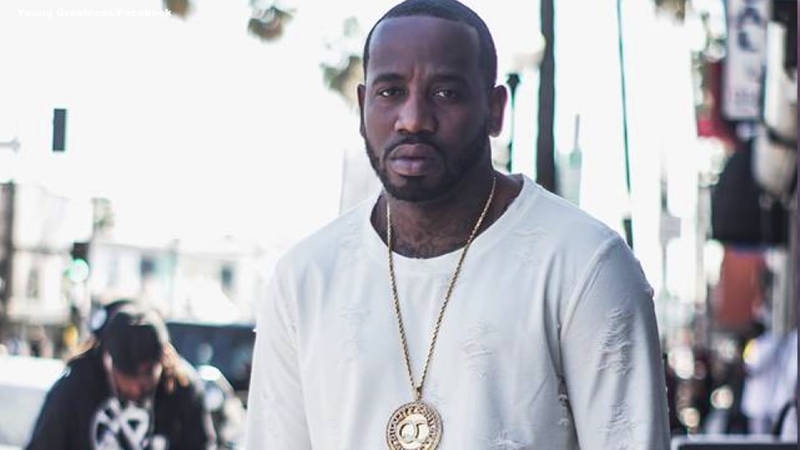 NEW ORLEANS, Louisiana -- A rapper who moved to Houston after Hurricane Katrina was shot and killed outside a Waffle House in his hometown of New Orleans on Monday.

According to The Times-Picayune, the rapper has been identified as Young Greatness. The 34-year-old's real name is Theodore Jones.

The New Orleans Police Department said the shooting was reported at 1:35 a.m. in the parking lot of the restaurant located in the 2900 block of Elysian Fields Avenue.

Jones died at the scene.

The Times-Picayune reports that Jones' mother told WDSU that her son was in New Orleans for a funeral and was on FaceTime with his manager when shots were fired.

The music video was set in New Orleans.

Fans left messages in the comments under the video in the YouTube page, and also began to leave condolences on Twitter, along with other recording artists.

Rip Young Greatness. Loved his music. Outside of “Moolah” he really had some great songs.

A bio on Jones' website says he was born in New Orleans, but he relocated to Houston after Katrina. He then caught the attention of Houston rappers, including Trae Tha Truth and Mike Jones.

He went on to be mentored by rapper Akon and eventually signed with Birdman's Cash Money label in spring 2017.

Although his music features New Orleans sounds, he also paid tribute to Houston with the single "We Rollin'" for the support he received in the city.

Houston rapper Bun B posted a photo on Instagram about Young Greatness with the caption, "Woke up to another phone call I didn't wanna get. Another young brother shot down in the street. Prayers up for @younggreatness7."

Keisha Nicole at 97.9 The Box has interviewed Jones in the past. She told ABC13 one of Jones' friends gave him the nickname Young Greatness and he felt obligated to live up to that expectation.

"He was just grateful and so full of life and energy and just wanting to do really well in the game," she said.

His biography notes that he planned to release new music under his own New Orleans-based label, Mile High Music Group.