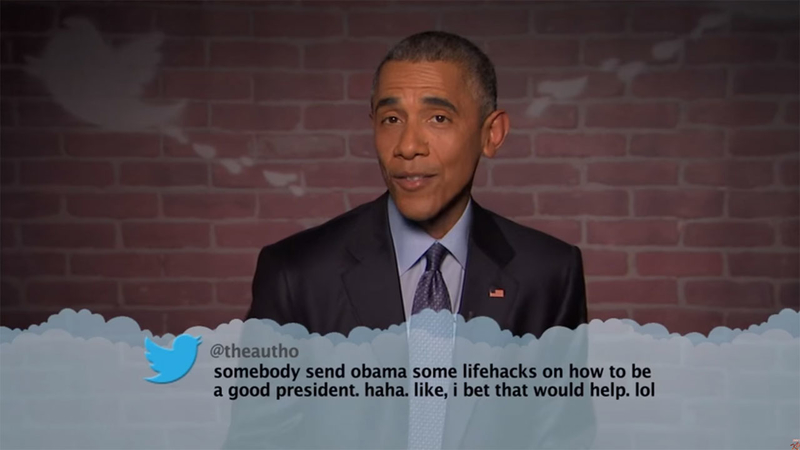 YouTube took a look back at the year in viral videos on Wednesday, releasing its list of the top 10 videos from around the world and compiling it all into one giant video incorporating tons of memories from the year.

The annual "Rewind" video incorporated references from the dance crazes, pranks and social experiments that made up YouTube's top trending global videos from the whole year. The overall video was also packed with social media stars and entertainers from around the world like PewDiePie, Bethany Mota and the Fine Bros.

Here's a closer look at each of the top 10 trending videos:

116 million views
This song became an Internet sensation when YouTube users collectively realized how fun this dance could be, inspiring countless adorable dance videos. One of the most popular was by social media personality Heaven King, who rode up to her dance party in a hot pink motorized toy car.

83 million views
If you think Liam Neeson is intimidating, meet "AngryNeeson52." Neeson's humorous vow to get revenge on another gamer is indicative of today's social gaming culture and the way Super Bowl commercials can get a second wind online.

56 million views
Roman Atwood is known on YouTube for his off-the-wall pranks, often at the expense of his ever-understanding wife. This time, though, he outdid himself, filling an entire floor of his house with plastic playpen balls.

55 million views
Many of us follow moral codes that teach us to "love everyone," but how many people live out that creed? The Ad Council demonstrated what unconditional love for others looks like by having people of all ages, races, creeds and abilities play behind a special screen that showed only their skeletons before they came out into the open to show what they looked like. The video's creators urged everyone touched by the demonstration to "rethink bias."

54 million views
This was a big year for lip sync battles. Plenty will argue about what sort of antics will grab the audience's attention, but in February Will Ferrell proved that lip synching to Beyonce while wearing a Seattle Seahawks sweatshirt might just be random enough to work.

43 million views
Perhaps the only way to get a video to go viral faster than lip syncing is with karaoke. Make that Justin Bieber post-voice change singing along to Justin Bieber pre-voice change, and it's basically viral video gold.

40 million views
The Slow Mo Guys built a whole YouTube channel to cater to people's curious love of watching things happen in slow motion. They got the idea to blow up a water balloon because of the popularity of another video of a giant water balloon popping four years ago which now has more than 100 million views.

8. Man with golden voice sings "Dancing on My Own"

38 million views
When Calum Scott walked on stage after his sister's failed attempt to join Britain's Got Talent in April, he seemed a little worried about how his own performance would be received. His smooth voice won over not only the judges and the audience, but people who discovered the video of his performance on YouTube from all over the world.

9. Dover police officer shakes it off

37 million views
Master Cpl. Jeff Davis might be the most famous dancing cop on the Internet. The Delaware officer got down to Taylor Swift's sick beat "Shake It Off" in January in a cute video showing the softer side of the police force, and it was a hit.

34 million views
The Mean Tweets segment of Jimmy Kimmel Live is an Internet favorite, and this year one of those episodes featured POTUS himself reading the harsh things people had said about him. It got personal, right down to slamming his fashion choices.