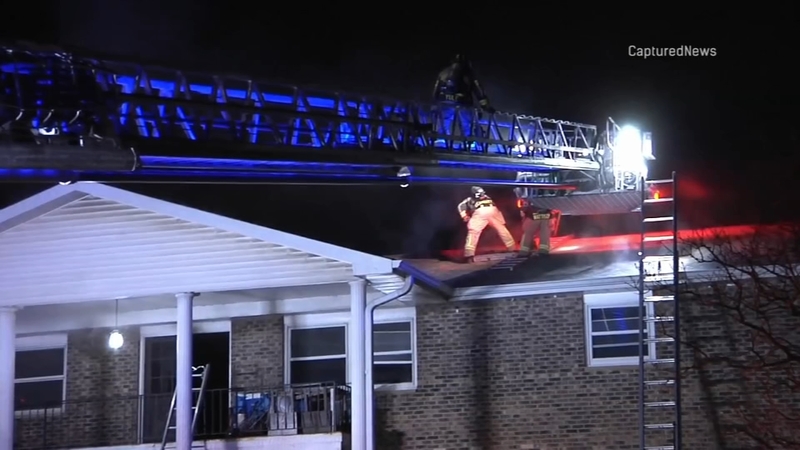 The fire broke out just after 9:30 p.m. Monday in the 1700-block of Joppa Avenue in far north Zion, according to local fire officials.

The 13-year-old was transported to Vista Medical Center East in Waukegan for burn treatment; his condition was not known Tuesday.

Fire crews from across the north suburbs and Wisconsin responded to the "stubborn, smoky" blaze, which took more than three hours to put out.

The apartment in which the fire started had severe smoke and heat damage, officials said. The apartments surrounding it were also damaged.

In addition to the fire damage, there was a water leak that could not be stopped, so the building's water had to be shut off. This resulted in seven families being displaced. Red Cross was contacted and will be assisting the families with short-term accommodations, fire officials said.

A Zion police officer was also transported to Froedtert Pleasant Prairie Hospital, formerly known as St. Catherine's Medical Center, in Wisconsin, after inhaling smoke. The officer had been helping people out of the building, according to officials.