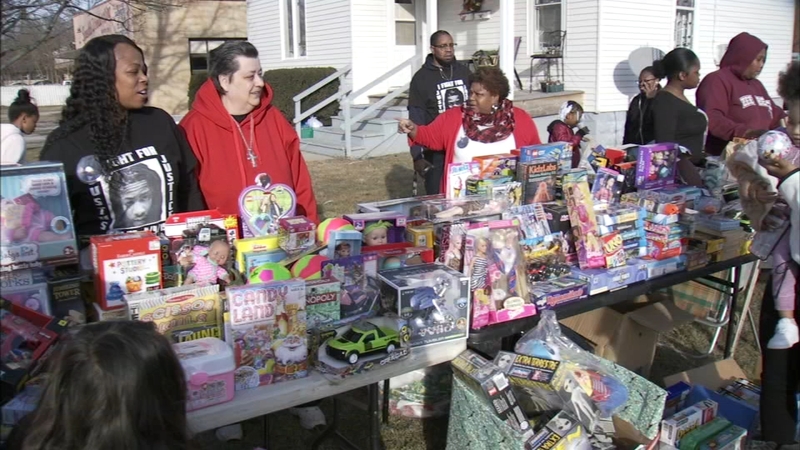 ZION, Ill. (WLS) -- A north suburban family is giving back this Christmas in memory of a 17-year-old boy killed during a chase more than four years ago.

The family of Justus Howell handed out gifts to children in need at the same corner where a Zion police officer shot Howell in 2015.

Police said Howell had been running from them after stealing a gun.

The teen's mother and grandmother say their loss that day has fueled their desire to help others.

Tuesday the League of United Latin American Citizens submitted a request to reopen the case to the Department of Justice.