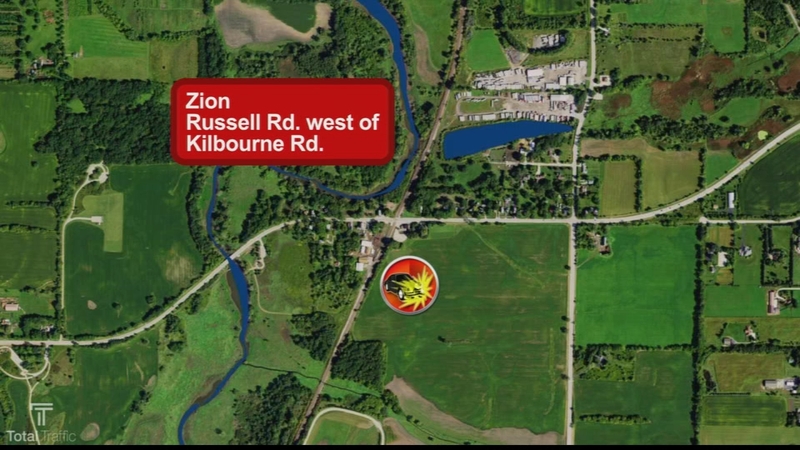 ZION, Ill. (WLS) -- A car stolen from a store in Wisconsin was hit by a train in unincorporated north suburban Zion early Thursday morning, the Lake County Sheriff's Office said.

It started as an armed robbery about 3:30 a.m. at a store in Pleasant Prairie, Wisconsin, police said. Two male suspects stole the "clerk's car," a 2005 Toyota sedan, and drove off.

Shots were reportedly fired during the armed robbery by one or both suspects.

Just before 4 a.m., police were notified of a car matching the description of the stolen vehicle stuck on train tracks just east of Route 41 and north of Route 173 in unincorporated Zion.

A southbound freight train hit the car, and it was pushed for nearly 1 mile. Nobody was inside the vehicle when the train hit it.

The vehicle was not in a railroad crossing when struck. It was in an area where no vehicle should have been, police said.

RELATED: 1 charged in shooting of Gary police officer; no other suspects being sought by police

One suspect is in custody, and one suspect, who is possibly armed, is still on the loose, police said.

Anyone who sees anything suspicious is asked to call 911.

Police described the suspects as approximately 5-feet, 8-inches tall, having an average build and wearing masks.