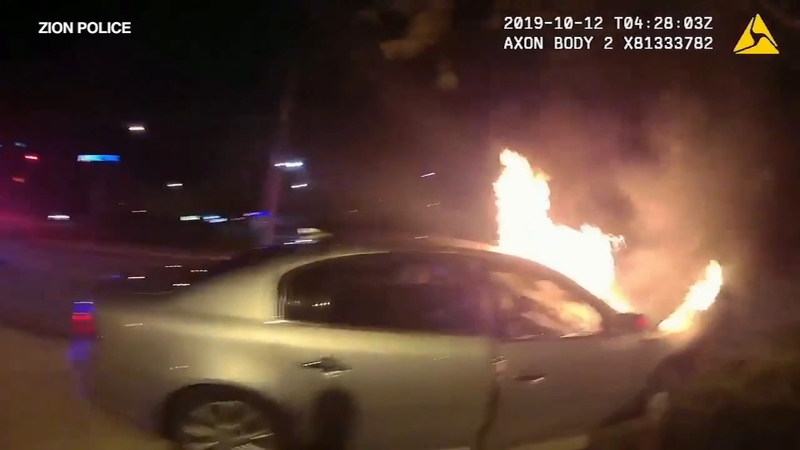 Dramatic body camera footage from an Illinois police officer shows the moment he helped save a woman's life after her car caught fire.

Zion police officers responded to a vehicle crash around 11:30 p.m. on Friday near Sheridan Road and 29th Street. The woman had crashed into a light pole on 29th Street, just west of the intersection and caught fire.

Witnesses reported flames shooting out from the engine compartment, according to police.

Upon arrival, Officer Steve Vines discovered the 41-year-old driver laying across the front passenger seat. The woman was bleeding heavily from the head and complaining of an injury to her leg or foot, according to reports.

Within moments, Officer Casey Taylor arrived to the scene to assist and began attempting to remove the victim through the passenger side of the vehicle, which was also damaged from the impact and could not be opened.

Both officers were eventually able to pull the driver through a broken window in the front passenger door.

The Zion Fire and Rescue Department arrived shortly after the woman was pulled from the car and put out the flames.

The driver was transported in unknown condition to Advocate Condell Medical Center for treatment.