Autopsy: Teenager killed by Zion police shot in back 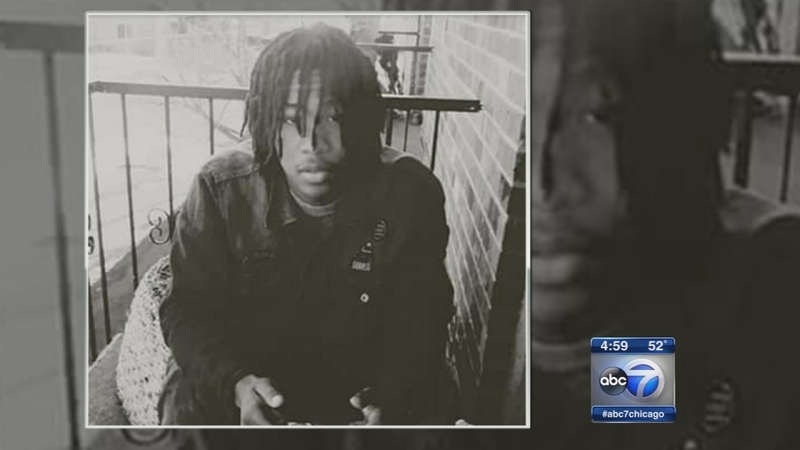 Autopsy shows teenager shot in back

ZION, Ill. (WLS) -- Zion police have arrested another teen they say was involved in an incident that lead to a fatal police shooting.

Investigators said Tramond Peet, 18, was trying to sell a gun to 17-year-old Justus Howell on Saturday morning when Howell tried to steal the gun instead. After a brief struggle between the two, a shot was fired and that's when police were called.

Investigators said Tramond Peet, 18, was trying to sell a gun to 17-year-old Justus Howell on Saturday morning when Howell tried to steal the gun instead.

Officers chased Howell, who they say was carrying the gun. The results of an autopsy on Howell showed that the teenager was shot twice in the back, the Lake County coroner said.

Zion police say they were responding to a 911 call reporting a shot fired during an argument. An officer saw Howell, a high school senior from Waukegan, running from the scene and gave chase. Police say they fired after they saw a handgun, and that a gun was found at the scene. Zion police have not said if the officer's report says Howell pointed the gun at them or if he shot at police.

There is little Butler can do now beyond arrange candles, adjust balloons and make sure others question what happened.

"None of this should have happened," Butler says. "He should have been able to make it to 18."

Shantal Tayor, a candidate for mayor in Zion, says the shooting "just causes an alarm to go off." She also says trust between the public and police is an issue.

"I do believe that the young people are looking for some assurance that it they don't have to be afraid, it won't be them next," Taylor said.

Investigators have not identified the officer who fired the shots. Friends and family were shocked by the shooting.

"It's a really good, peaceful place, you don't see anything like this," said Destiny Lee, one of Howell's friends, of Zion. "Nobody expected him to die and leave us."

Zion police say the 32-year-old officer who shot Howell has been on the force nine years and is now on paid leave pending the outcome of an investigation.