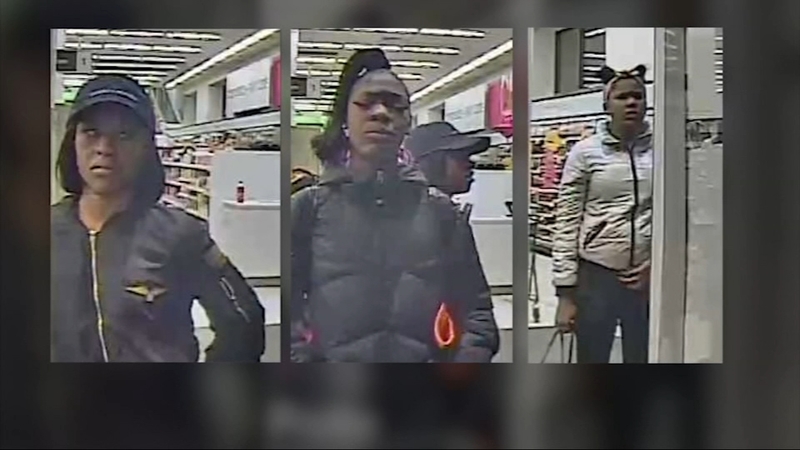 CHICAGO (WLS) -- Chicago police are looking for three women wanted for using pepper spray during a robbery attempt in the South Loop on Saturday.

The incident occurred inside a store in the first block of East Roosevelt Road at about 6:40 p.m. Police said the three women pepper-sprayed someone and tried to take her wristlet.

Police released surveillance photos of the suspects from inside the store.

The incident came at a time when CPD data shows robberies in the first district are down by 41 percent to date this year compared to last year. The department credits their robbery suppression team.

"We know that there's going to be a lot of traffic always in this particular location, but we've really had to work with First District and as well as engage the community," she said.