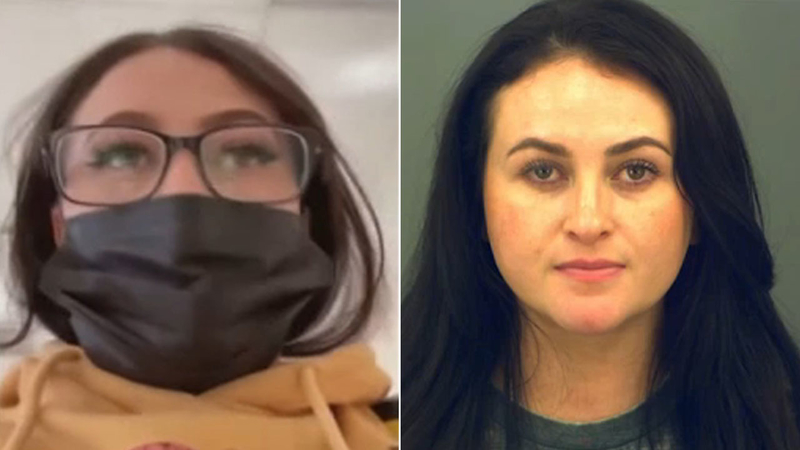 EL PASO, Texas -- A 30-year-old Texas mother has been arrested and charged after she performed a "social experiment," successfully sneaking into a middle school dressed as her teenaged daughter.

Casey Garcia says she recorded and posted video of herself sneaking into the school to test campus security.

Garcia, who according to jail records is 4 feet, 11 inches tall and weighs 105 pounds, dyed her hair and used skin tanner before making her way onto the Garcia Enriquez Middle School campus in San Elizario, about 20 miles southeast of El Paso.

The mother said she provided her daughter's ID number, was asked if she had signed in and was allowed into the building.

Video posted on social media shows Garcia - who was wearing a face mask - entering the school, greeting people in the hallways, and going to different classes. She made it through all of the morning and most of the afternoon before being noticed by a teacher and turning herself in to the principal.

In a video she recorded moments before her arrest, Garcia has her phone as she walks out of her home to waiting El Paso County Sheriff's Office deputies.

"I'm just letting you know that I am recording," she tells the officers.

Garcia is facing charges for criminal trespass and tampering with government records.

TV station KTVT contributed to the reporting of this story.