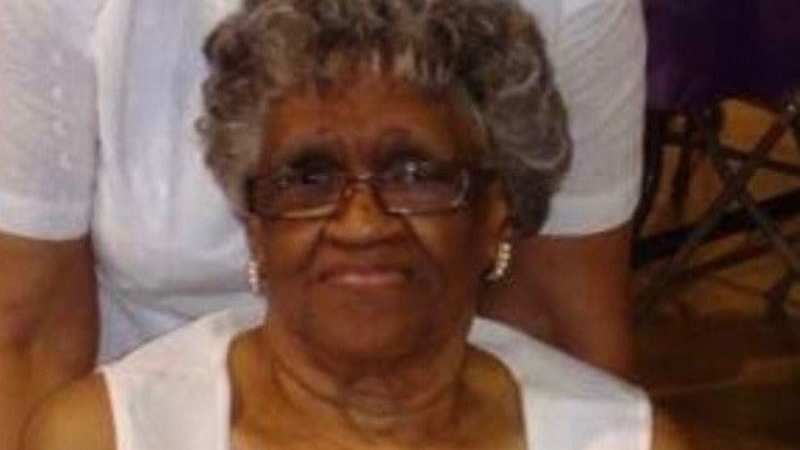 CHICAGO (WLS) -- An 84-year-old woman is dead and several others, including 10 officers were injured, after two Chicago police officers crashed into her car Saturday night in the city's Austin neighborhood.

The 10 police officers were a part of the 25th District, and have not said what they were speeding to Saturday night when the crash occurred, but the son of 84-year-old Verona Gunn, Pastor Dwight Gunn wants answers.

In the wake of his elderly mother's death, Pastor Gunn woke up this Sunday and still preached the way he's done every Sunday for the last 16 years, although today he needed God more than ever.

"It's our faith and it is our how faith operates, and if we kneel and depend upon that, I believe he will direct us," Pastor Gunn said.

His mother and sister were sitting in their car at a light at the intersection of Laramie and Division when two police cars who appeared to be responding to an incident in a high speed pursuit crashed into the car.

The incident was all caught on video by Jocelyn Vazquez who was in the fourth car at the light. Vazquez said she was recording the heightened amount of police activity in her neighborhood to show her family what was making her late when she captured the tragedy and jumped in to action to check on the people in the cars in front of her.

Verona was taken to Community First Medical Center where they were not equipped to handle the trauma.

"When my mom was taken to Community and they determined she was having internal bleeding, they were totally ill prepared to handle that situation in that ER," Pastor Gunn said.

Pastor Gunn's sister was discharged from the hospital later that night.

"There were two other cars in the accident and one lady happened to be pregnant, and she messaged me [Saturday] morning to thank me for the video. She was able to show the doctors what happened," Vazquez said.

The mother and child are ok, and the video evidence shot by Vazquez has everyone affected by the four car crash questioning why the police responded the way that they did.