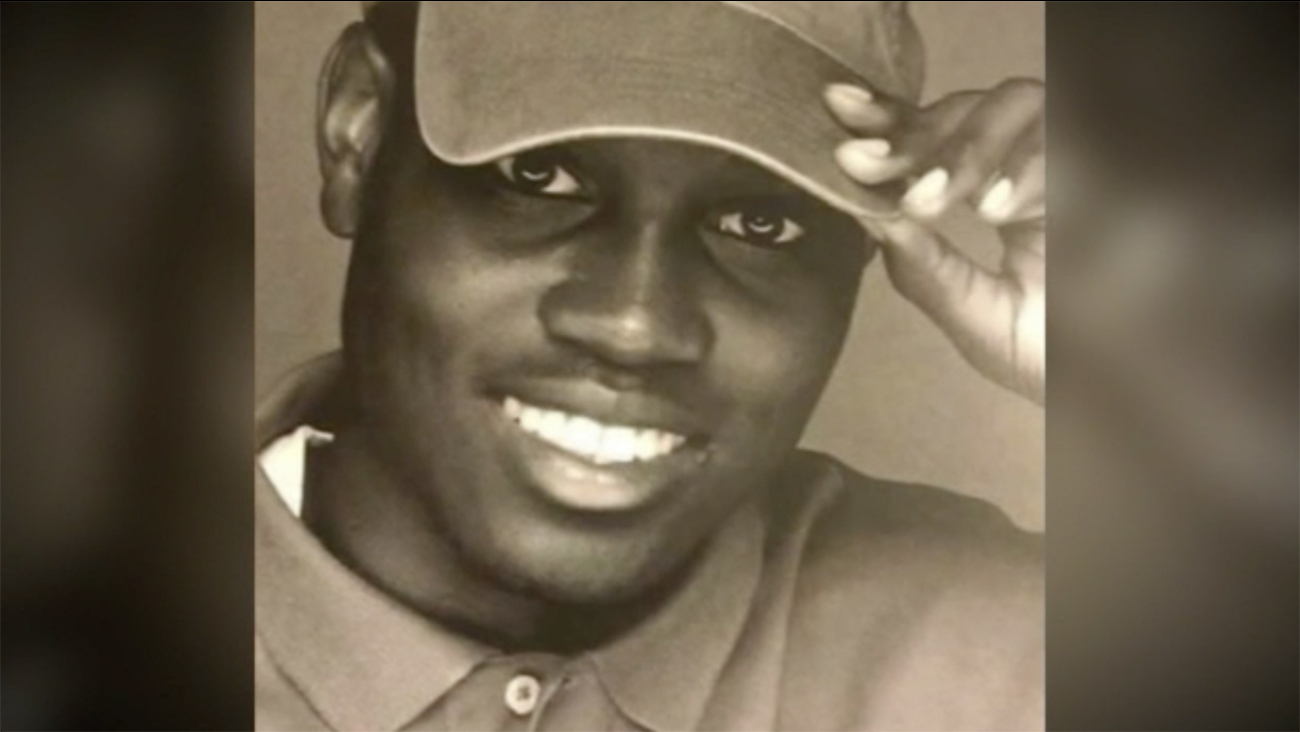 This photo shows Ahmaud Arbery, the 25-year-old black man who was shot and killed after being pursued by a white father and son.

It's been almost seven months since Ahmaud Arbery was gunned down while jogging in a residential community on the outskirts of Brunswick, Georgia.

The criminal investigation into his death stalled for nearly 10 weeks, but in June a Glynn County grand jury indicted three white men on malice and felony murder charges. They have pleaded not guilty.

The arrests and charges came after disturbing video of the shooting of Arbery, a 25-year-old Black man, emerged in May.

The video garnered widespread public attention, and protesters gathered outside the courthouse after a preliminary hearing in the case could be heard chanting, "All lives matter when black lives matter," according to CNN affiliate WJXT.

Since the shooting, a registered trademark, a foundation, a GoFundMe account and a Facebook page memorializing Arbery have been created. But some of those who created them now find themselves at odds with the dead man's mother.

"Money cannot replace what I have lost and the fight for justice does not come without cost. I was not begging for money and I was prepared to fight for my son either way. I have always worked for what I wanted," said Wanda Cooper-Jones.

'I Run With Maud'

In the weeks before the arrests of Arbery's accused killers, the Facebook page, "I Run With Maud," emerged as a resource for thousands of people around the world calling for justice for Arbery. The page, managed by Arbery's childhood friend Akeem Baker, kept followers engaged, prompting them to keep up demands for action.

It also inspired many to dedicate 2.23-mile fundraising runs to Arbery, the distance memorializing the February 23 date of his death. Social media had become a valuable tool in rallying support at a time when mass gatherings were being discouraged or banned as the coronavirus pandemic progressed.

But Cooper-Jones said in a lengthy Facebook post earlier this month that while she had initially agreed to the social media page as a memorial -- and appreciated its original intentions -- she now sees it as "more like a business opportunity for its staff rather than getting justice for my son."

Cooper-Jones' post goes on to say that she made multiple requests to be granted access to the page as an administrator, but they were denied. CNN has made repeated requests for comment from the current administrators of the page, but has not received a response.

The Facebook page, originally named "I Run With Maud," was rebranded recently. It now operates under the title "The 2:23 Foundation." It is also registered as a nonprofit organization in Georgia under the name of Jason Vaughn, a former high school football coach of Arbery.

A statement announcing the rebranding explained the reasoning behind the move. "What we didn't know about was the layers of injustice that encompassed more than just our hometown, but extended to the state legislature. What began as a local movement has now become something that can impact the lives of many young men and women of color across our state," the statement quoted football coach Vaughn as saying.

Those who manage it say the rebranding wasn't a result of a rift with Cooper-Jones. "The rebrand was done to formalize the work we had been doing as a group," said John C. Richards, Jr., a co-founder of the foundation and Vaughn's brother in an email to CNN.

Cooper-Jones said Vaughn did not have a close relationship with her son. Neither did three other members of the original committee engaged in advancing justice for Arbery. "(They) have known for months I did not want my child's death to be exploited or used for monetary gain for anyone. I was disrespected and ignored," said Cooper-Jones in her post.

Marcus Arbery Sr., Ahmaud Arbery's father, was unaware a foundation had been created stemming from the rebranding of the Facebook page.

Vaughn did not reply to CNN's request for comment.

On May 9, two days after two of the three men were arrested in Arbery's killing, family and friends had gathered in Brunswick to celebrate what would've been Ahmaud Arbery's 26th birthday weekend. The same day, a trademark application for "I Run With Maud" was filed listing a Little Rock, Arkansas, address. United States Patent and Trademark Office records show Akeem Baker, Arbery's childhood friend, and John C. Richards, Vaughn's brother, as the applicants.

"We had an arrest (and within) 48 hours these guys are applying for a trademark," said Cooper-Jones.

In a Facebook post, the foundation says that it protectively registered the trademark to keep others from applying for it.

Repeated attempts to contact Akeem Baker for comment were unsuccessful. Richards declined to speak over the phone and cited a statement previously posted on the foundation's page.

"Since one of our team members uttered the phrase, we trademarked the name with the intention of preserving it for Ahmaud Arbery's mother AND father, who are heirs to his estate. We have been asked to turn that trademark over to Wanda Cooper-Jones and we cannot do that in good conscience, given that Marcus Arbery (Ahmaud Arbery's father) is not listed as a beneficiary for the GoFundMe funds ... Currently, two of our team members are on the registration for the trademark and our intention is to still provide Mr. Arbery with something that we feel would honor the legacy of his son," the statement said.

Cooper-Jones told CNN that she has no issue with Marcus Arbery Sr. being listed in the trademark. When reached over the phone, Arbery Sr. said Baker had recently told him he would be transferring the trademark but no details were discussed.

The trademark application has been conditionally approved as of this week citing Baker and Richards as the owners. Cooper-Jones and her attorney S. Lee Merritt say they are planning on disputing the registration. They have the next four weeks to do so, according to the United States Patent and Trademark Office protocols.

"We shouldn't be trying to add more grief, stress to a mom who recently lost her son. And it's a shame that these people from her community are making her go through these hoops," said Merritt.

"All donations are going towards the fight for making sure justice is served and to ensure that Ahmaud's mother has the resources they will need," reads the campaign's description dated May 3.

Cooper-Jones told CNN that the campaign was created after Baker asked her permission several times and she eventually gave her approval.

With more than 61,000 people having donated close to $2 million, the campaign remains active. Cooper-Jones, who has since returned to work, told CNN she had a life insurance policy for Ahmaud -- and maintains that her goal has always been to get justice for her son, not to use his death to raise money.

Other GoFundMe campaigns have come under scrutiny in the past due to fraud allegations. The crowdfunding site investigates allegations of criminal activity including fraud, identity theft and posting misleading statements about the campaign. It does not investigate campaigns that have surpassed their fundraising goals, those that have led to familial disputes or use of names without permission from the family.

A spokesperson for GoFundMe told CNN that beneficiaries could deactivate a campaign either by requesting the organizer do so or by contacting GoFundMe. Cooper-Jones told CNN she was unaware that the campaign was still active. She says she is grateful for the donations made in her son's honor.

For now, Cooper-Jones says she is waiting to hear the date of a trial she hopes will bring her son's accused killers to justice.

"My goal was to have every hand that was involved in the murder of my baby boy to go to jail. Everybody who played a part in it. That's my goal. I want justice for my baby. My baby's laying out there in the cemetery that I go visit once a week," she said.