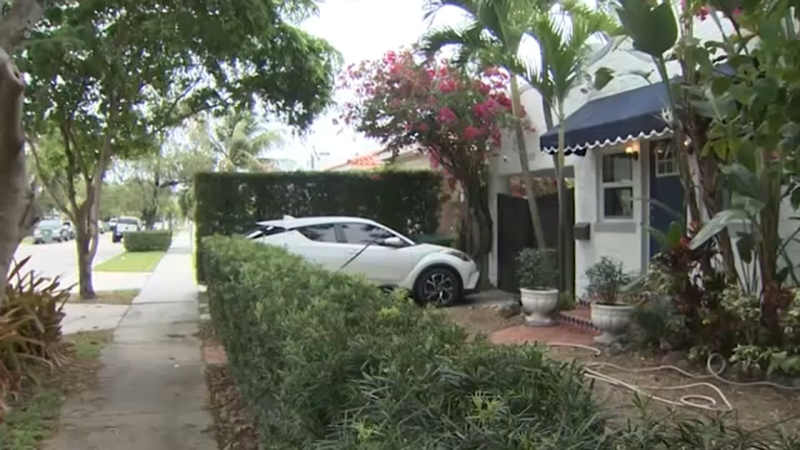 MIAMI, Fla. -- A visitor spent the night in a stranger's home in South Florida, thinking it was his Airbnb, and the homeowner handled the situation with surprising grace.

"This is the best possible outcome of breaking into someone's home and spending the night in their bed," said visitor Paul Drecksler.

Drecksler made an honest mistake.

"I had accidentally got the address wrong going from the Airbnb app into the Google Maps and the Uber, the address became the house right next door," he said.

Drecksler had just gotten into Miami to officiate a friend's wedding. After a long day of traveling, he got to what he thought was his un-locked room around 2 a.m., WSVN reported.

Even following the instructions his Airbnb left behind.

"In the bedroom, the bed was made and ready to go, and there were two clean folded towels waiting for me," Drecksler said.

RELATED: 'Home Alone' house Airbnb: You can stay in Chicago-area home for 1 night

Drecksler fell asleep and woke up the next morning to a very confused homeowner.

"The next morning I get woken up by a knock on the door. I was surprised the guy knocked on his own door," Drecksler recalled. "He goes, 'Hey, can I help you? This is my house!' And I'm like sleeping, I'm like, 'Um no, this is an Airbnb that I rented.' He goes, 'No, this is my house.' I could've been woken up on an angry homeowner -- really bad things could've happened."

The homeowner showed him out and Drecksler found his actual Airbnb next door.

"In hindsight now, I look back all the clues were there this is not the right Airbnb but at 2 a.m., your brain is like this is it, this is the one," Drecksler said.

ALSO SEE: People around the world are booking Airbnbs in Ukraine, but they don't plan on checking in

He said now, it's a funny story to tell after spending the night in a stranger's home in Miami.