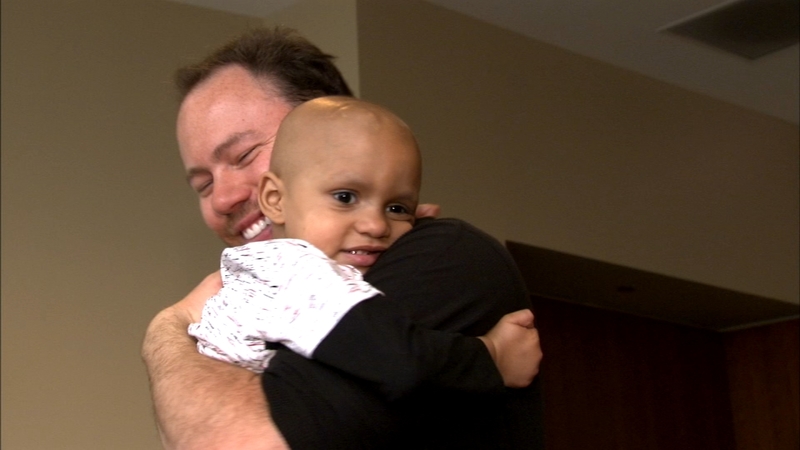 CHICAGO (WLS) -- A little boy fighting an aggressive brain tumor in a Chicago hospital may soon get to see his own image on top of one of the highest mountains in the world.

It's not special effects. One man's dedication to give back to Lurie Children's Hospital, the same hospital that helped him, is making Chicago proud.

"Zayvian was diagnosed with an aggressive from of brain tumor called ATRT. The survival rate for this tumor was almost nothing a couple of decades ago," said Dr. Natasha Pillay Smiley, Pediatric Neuro-Oncologist, Lurie Children's Hospital.

With a team of doctors at Lurie behind him, and after rounds of brain surgery and intensive chemotherapy, Zayvian is making progress.

It's that courage that has inspired Pancoe to dedicate his next mountain climb to Zayvian. He's hoping to raise $1 million for cancer research when he completes the Explorer's Grand Slam.

But the true heroes, Pancoe said, are patients like Zayvian. It's hard to believe the little boy couldn't see or walk just a few months ago.
"Now we can't corral him. To hear him say, 'Daddy,' was such a huge win," Daniels said.

Before parting Friday, Zayvian gave the mountain climber one more hug - a thumbs up for Pancoe's climb and his own battle ahead.

"He's a fighter. He's struggling and making it, and I love him," Pancoe said.

Pancoe will be leaving next week to climb the highest summit in Indonesia. He'll be wearing a shirt with Zayvian's picture on it.

To follow his climb or make a donation, visit peaksofmind.com.