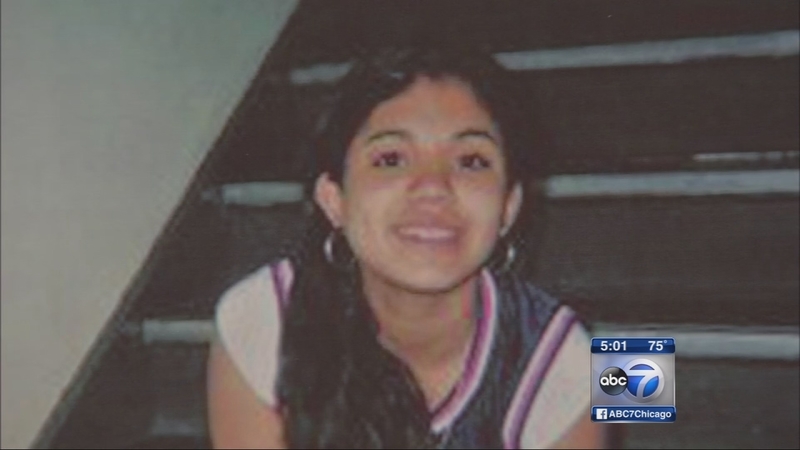 CHICAGO (WLS) -- The FBI is part of an intense new effort to find the person who brutally murdered a 13-year-old Indiana girl more than a decade ago.

The agency is hoping to utilize new technology to find the person who murdered and dismembered Alexandra Ayana of Hammond, Ind. Ayana's dismembered remains were found in the Little Calumet River in 2005 just days after she disappeared.

Though it happened 11 years ago, investigators insist they have never considered this a cold case.

"Many sleepless nights and just, uh, it haunts you after a while," said retired Hammond detective Ron Johnson, who was lead investigator on the case at the time.

Flanked by Chciago's leading law enforcement officials, Johnson recalled investigating Ayana's death, her dismembered torso the only remains recovered from the river. Her remains, investigator said, were weighted down.

"The thing that sticks with you about this case is the gruesome way she was murdered. And the way she was found-it's just not right that anybody should be treated that way," Johnson said.

A man changed with stalking her family was acquitted in a federal trial years ago. Now, through her mother who moved to Texas after the crime, investigators believe Ayana's religious necklace could be in the possession of someone who knows where it came from.

"Given the significant scientific advances in forensic testing over the past 11 years, we have submitted multiple items of evidence for resubmission of forensic testing," said FBI Special Agent Courtney Corbett, current lead investigator on the case.

The FBI has joined with the Chicago Police Department as part of a new joint Homicide Initiative task Force. Its members are revisiting people were interviewed a decade ago, applying new investigative technology and hoping a guilty conscience will yield leads to solve Ayana's murder.

"Sometimes time works in favor of ongoing investigations. From my experiences from other cases, people decide to come forth. Maybe it weighs heavy on their heart or maybe they didn't feel the information was significant at the time, but now they may," Corbett said.

"The FBI, CPD and our law enforcement partners can and will continue to surge our resources, but it will be for naught if the community will not help us by providing information," said FBI Special Agent in Charge Michael J. Anderson.