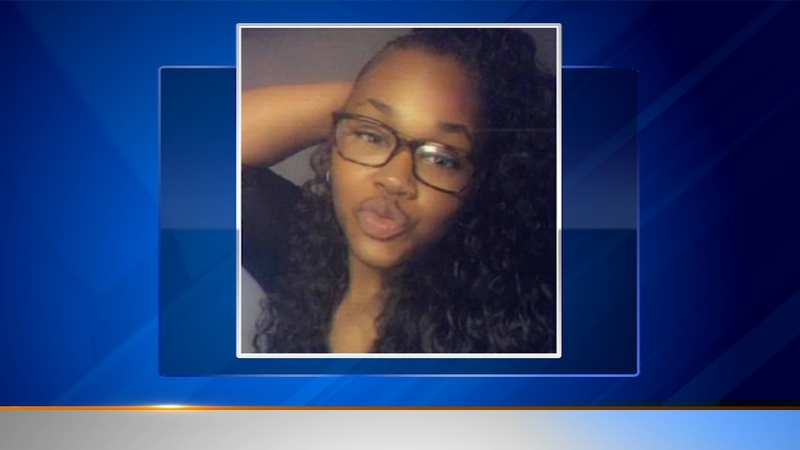 Search for missing IN mom continues after car found crashed

HAMMOND, Ind. (WLS) -- The search for a missing mother from Northwest Indiana resumed Friday after her car was found crashed by Gary police Sunday.

Family and friends said no one has seen or heard from Ariana Taylor, 23, since late Saturday night. Loved ones gathered at noon on Friday to search for her again.

"She got a 4-year-old son waiting to see her face!" said her mother, Queena Taylor. "I'm fighting for the little family that I got! This is so irritating! I just want my kid!"

Taylor's family has employed Chicago-based security team KC Bodyguards to help after six long days of searching without any leads.

"We're going to start here," said Kevin Collins, with KC Bodyguards. "Ain't no telling where we're going to end. But, we're willing to go through these forests, places where cars can't go through."

Gary Mayor Jerome Prince spoke with the family Friday to reassure them the city is doing everything it can to find Taylor.

Ariana Taylor was last seen late Saturday night. Her car was found crashed by Gary police early Sunday morning, but no one was inside.

Kijon Graham, the father of Taylor's 4-year-old son, was part of the search Tuesday, and said he last exchanged texts with her late Saturday night when she told him she would be by in the morning to pick him up.

He said at the time she was out with friends at several bars in Valparaiso. He said her friends brought her home to her parents' house where she then insisted on leaving in her own vehicle.

"I just need answers. My son loves his mom," he said.

Gary police said early Sunday morning they found her SUV crashed and badly damaged about 1,000 yards off the road in a heavily brush-covered area near the junction of I-80/94 and I-65. They said no one was inside.

"Had to be doing 80-plus mile per hour," said Gary Police Commander Jack Hamady. "It did not look like that individual used the brakes at all. Went down into a ravine and came to a stop, and had flat tires. Was she being chased? Was she just intoxicated? We're not sure."

Since the car was empty, investigators can't even be sure Ariana was driving the SUV at the time.

"The keys were not in the vehicle. The second phone that the family says she has we don't have," Hamady said.

Taylor's family said she remains missing as of Tuesday and they believe there is foul play involved.

"Her bloody blue jean torn pants and allegedly Air Force Ones, it looked like my daughter was being chased off the expressway right there. I'm not even sure if she was driving," said Queena Taylor. "I have a hunch of foul play. I can't speculate and put anything in perspective, but I can say foul play."

Gary police are leading the investigation. Graham just hopes what he's been telling their son turns out to be true.

Taylor is described as a Black woman, 5 ft. 6 in. tall and 200 lbs. She was last seen wearing a red sweater, ripped blue jeans and gym shoes.

If you have any information about her whereabouts contact Detective Sergeant Mark Salazar at 219-881-1209 or the Gary police crime tip line at 866-CRIME-GP.

Statement from City of Gary Mayor Jerome A. Prince on Ariana Taylor:

On behalf of the people of the City of Gary, my family and I are praying for the safe return of Ariana Taylor, who has been missing since April 3rd. Our Gary Police Department, which accepted jurisdiction of this case days ago, is actively searching for Ariana, as are other law enforcement agencies and numerous volunteers who care for her. We've received support from federal law enforcement, as well.

As a father and grandfather, I can't begin to imagine the fear and pain Ariana's family and friends are experiencing, but we will continue to do everything we possibly can to find Ariana and return her to her family. The Gary police, my team and I will remain in contact with Ariana's family and provide any support we can.