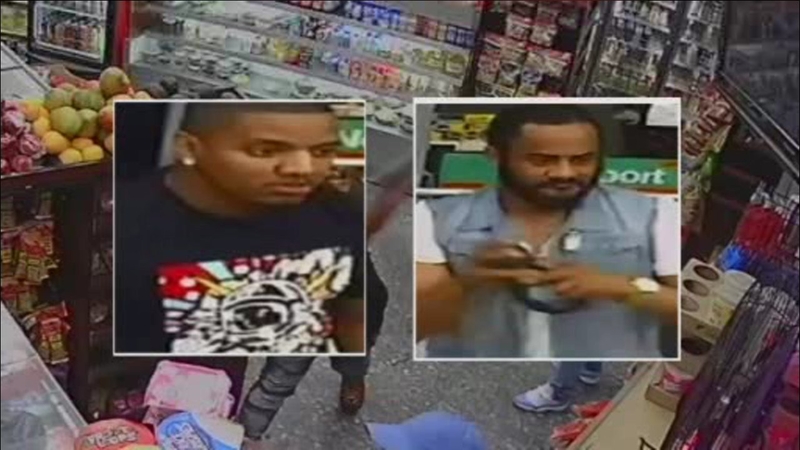 CONCOURSE, Bronx -- The victim who sustained serious injuries when he was attacked with avocados and bananas inside a Bronx deli is speaking out about the harrowing experience, while police have identified and arrested the first of two suspects.

Amr Alzabibi was working behind the counter at Stadium Gourmet Deli on East 161st Street in the Concourse section on May 29 when two customers became enraged in a dispute over a food order around 5 a.m.

But that move may have been a ruse.

Video released by the NYPD shows two men attacking Alzabibi by throwing the fruit at him.
EMBED More News Videos

Surveillance video of two suspects hurling avocados at a store clerk in the Bronx.

Alzabibi suffered a broken jaw, along with fractures and a cut to his face. The suspects fled the scene.

"I know it sounds funny, an avocado," he said. "But the avocado, the weight and the speed, fractured my face and caused me double vision, blurry vision, and I'm not sure if I'm going to have to deal with this for the rest of my life."

Brad Gomez, 28, of the Bronx, was arrested Thursday and charged with assault. Detectives identified him after the video was released earlier in the week, but they are still working to arrest the second person involved in the attack.
EMBED More News Videos

A suspect is under arrest after a Bronx deli clerk was pelted with avocados and bananas.