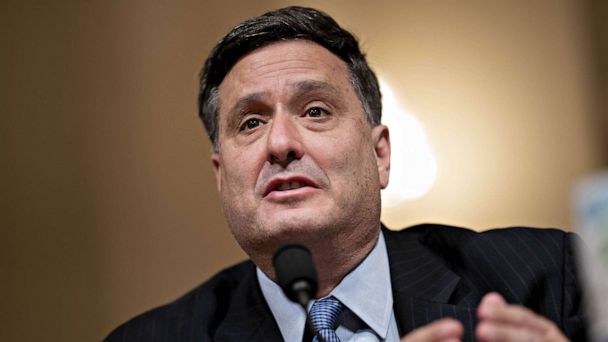 The announcement of a chief of staff typically comes as one of the first big decisions for a president-elect -- crucial because the person in that role can help determine a president's style of governing.


Klain is Biden's former chief of staff, who led the Obama administration's response to the Ebola virus. He was considered a leading contender, in part because of the urgent need to deal with the coronavirus pandemic.

"It's the honor of a lifetime to serve President-elect Biden in this role, and I am humbled by his confidence," Klain said in a news release about the announcement. "I look forward to helping him and the Vice President-elect assemble a talented and diverse team to work in the White House, as we tackle their ambitious agenda for change, and seek to heal the divides in our country."

Klain served as a senior adviser to Hillary Clinton's presidential campaign in 2016, and has served as an executive at Revolution LLC, an investment firm founded by AOL founder Steve Case.

"His deep, varied experience and capacity to work with people all across the political spectrum is precisely what I need in a White House chief of staff as we confront this moment of crisis and bring our country together again," Biden said of Klain in the statement.

Other names on Biden's short list were said to be Steve Richetti -- a candidate opposed by progressives for his work as a lobbyist - and Bruce Reed, also both former chiefs of staff to Biden.

"Steve Richetti embodies why the American people are deeply cynical about American politics," Jeff Hauser, the founder and director of the liberal Revolving Door Project, told ABC News. He was also critical of Reed, who was a top domestic policy aide to President Bill Clinton and worked with then-Sen. Biden on Capitol Hill to pass the 1994 crime bill.


Reed is the founder and CEO of Civic, a Washington public policy firm, and led the Broad Foundation, a Los Angeles-based philanthropy. Richetti, a longtime Biden adviser, chaired Biden's 2020 campaign, and worked as a lobbyist before joining Biden's office in the Obama administration in 2012 before becoming chief of staff the next year.

"Look, one of the things that I would do as president-elect and when I become president is lay out to Republicans as well as the Democrats who we intend to name for each Cabinet position," Biden said Tuesday.

"I hope we're able to be in a position to let people know, at least a couple that we want before Thanksgiving and we'll just work this out. Look, I am -- I am not a pessimist."

Biden will be strategic in his announcements, sources said, aligning personnel announcements with what his incoming administration believes are the most crucial issues facing the nation: the coronavirus pandemic and healthcare.